Sound of Sanity continues to try to understand marxism. And even defend it?????

I think the Devil’s Advocacy segment (Ahem, excuse me. I should say Angel’s Advocacy. Don’t want to be an anti-angel bigot…) just might be the most helpful D double A in the history of the show. @jacob.mentzel did a great job bringing up the kinds of arguments Christians like myself might actually be tempted to fall for. It is obvious that atheistic Marxism is wrong - no Christian would fall for unmasked hatred of God and Christianity, right? But couldn’t we Christianize it? Can’t we redeem it in the light of the Gospel? Maybe we can just use it as an analytical tool? Y’all bring a lot of Biblical clarity to these questions and reveal them as lame attempts to candy-coat an anti-biblical worldview.

That’s kind of you to say. There were so many different angles we could have come at it from, but @jacob.mentzel has a good nose for what constitutes the most vicious and difficult devil’s advocacy.

These two episodes on Marxism are timely for me because I’m currently in the middle of reading Cynical Theories. That book focuses on post-modernism, and not Marxism or cultural-Marxism, and I got to wondering why.

In footnote #2 of chapter 2, they say the following:

In fairness to these objections, there are many misconceptions about what is and isn’t postmodernism. The most common one conflates postmodernism with Marxism, referring to “cultural Marxism” or “Postmodern Neo-Marxism.” Although there are complicated connections between Marxism and the postmodernism that deconstructed it, this claim is frequently a simplistic one that insists that “applied postmodernism” takes the Marxist ideas of oppressed and oppressor classes and applies them to other identity categories, such as race, gender, and sexuality. This is specious. As the previous chapter shows, Marxism was one of the “metanarratives” that postmodernism rejected, but the critical methods that arose in service to Marxist activism were retained and expanded. As the following chapters will show, the descendants of the Marxists–the materialist scholars–continue to work in very different ways from and are usually very critical of the descendants of the postmodernists."

The footnote concludes helpfully with a link to someone making just such a distinction:

On Marxism, Post-Modernism, and “Cultural Marxism”

Merion West is an political and cultural magazine where different perspectives are welcome.

I think these distinctions between the Marxists and the Postmodernists are important for us to understand as we try to attack them and defend Christianity.

Here’s another one by the same author which I think is even more germane to the podcast: 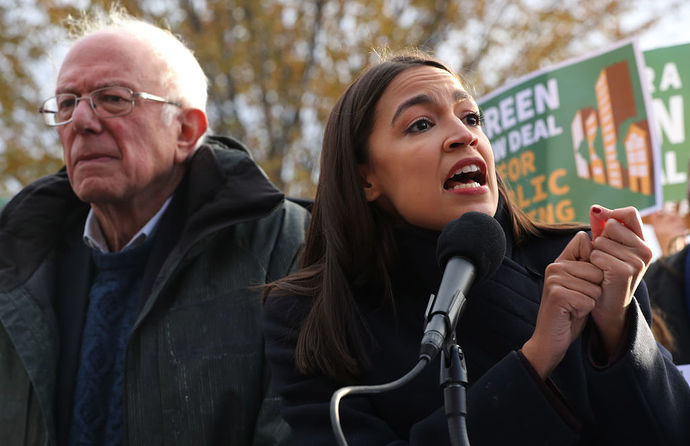 Socialists Don’t Want to Destroy Liberalism. We Want to Go Beyond It.

Socialists’ goal isn’t to destroy liberalism, but to transcend its limitations — pairing civil liberties and other liberal rights with a democratic, egalitarian foundation that makes those rights real.

Why even more germane? Because this guy seems to be clearly a descendent of Marx in a way that the Postmodern, Critical Theory types aren’t, and he is advocating something in this article that I think could convince many Christians who aren’t paying attention. Essentially, he takes the things that classical Liberals and Marxists agree on and mixes them together to come up with Liberal Socialism:

It means taking what is best in liberalism — its historic defenses of civil liberties and moral equality — and conceptually marrying it to the socialist quest for greater equality in fact.

The perfect union between the two would be a form of liberal socialism that respects basic rights while fostering greater material equality and democratic participation in all spheres of life.

Now, come on: what Christian can stand up to that? How could you, dear Christian, be opposed to either of those things?

More will need to be said and written about this.

Finally got around to listening to this much anticipated episode. I’m thankful for long car rides and the podcast time they afford.

Excellent Devil’s advocate performance. @jacob.mentzel at his finest. Did he have to wash his brain out with soap after this episode, or is he able to just toggle between world views like a switch?