There is No Fear of God Before Their Eyes (part 1) 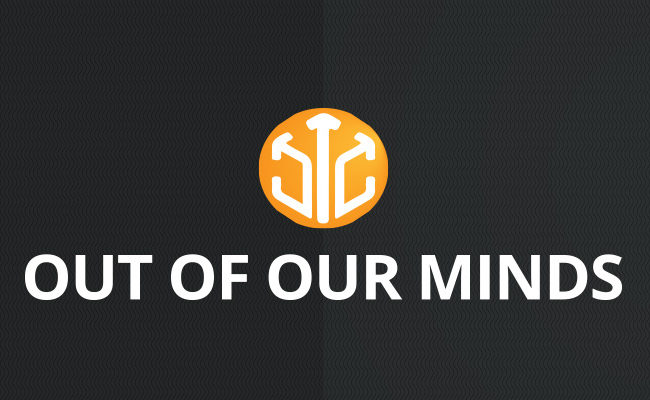 Last month, Tim Bayly resigned as the senior pastor of Trinity Reformed Church. It may come as a surprise to you if you’re not from our church, but it’s actually been in the works for many years. Tim and Mary Lee served this church faithfully for 25...

Do you have the reference for the Luther quote on justification used at the beginning of the podcast? On justification without repentance being rather a problem.

If not I can trawl through the podcast again…

Having just listened to the podcast, I transcribe the quote as Pr. Bayly read it:

In regard to doctrine, we observe especially this defect - that while some preach about the faith by which we are to be justified, it is still not clearly enough explained how one shall attain attain to this state, and almost all omit one aspect of the Christian faith without which no one can understand faith is or means. For Christ says in the last chapter of Luke that we are to preach in His name repentance and forgiveness of sins.

Thank you so much @Fr_Bill.

It’s a long section from those instructions I’ve been quoting for many years. For more of it, see Baylyblog dot com. Luther had a part in developing and issuing it, but strictly speaking, it’s not simply a Luther quote alone. I’ve said it is, but have since realized that’s not quite true. I’ve been wrong to attribute it solely to him. The whole document is in Luther’s works and is very helpful. Read it in its entirety.

The most salient point is his declaration that the sheep being reduced to lacking compunction of conscience is an error worse than the sacramentalism and idolatry of the Mass he exposed and fought against. It has long seemed to me that this is the perfect analysis of todays Evangelicalism reformed and otherwise. Love

The most salient point is his declaration that the sheep being reduced to lacking compunction of conscience is an error worse than the sacramentalism and idolatry of the Mass he exposed and fought against.

I’ve been in the Lutheran Church (Missouri) for about 15 years, previously Reformed Baptist. Yes, it’s essentially true. Very generally, the issue in Lutheran churches is serious (“confessional”) vs. non-serious and whether the full confession of faith is restored and remembered in a church body, unlike in the Reformed branch of the Reformation where significantly varying understandings of baptism and communion are taught and practiced with equal seriousness and reverence.

I am obviously speaking very broadly and there have been plenty of interesting controversies following Luther’s death–but they are things such as at what point the bread and wine becomes Christ’s body and blood. Lutheran theology has been protected by its retaining much of the historic liturgy and its relatively simple constant reference back to the confessions in phrases like, “this is My body,” and “baptism now saves you”, that leaves little wiggle room for practice despite debates about how exactly God works through these simple promises.

There are two opposite theological poles in churches of the Reformation. At one end, if you emphasize the initiative of God in salvation, in election/predestination, and that a man is born again from above, by an immediate act of God, you will be at one pole, and you will necessarily reject the opposite pole, which is that salvation happens in the sacraments.

These two positions are irreconcilable.

If you want to say that God alone elects, but that He uses the sacraments as effectual means for the elect only, that’s perfectly acceptable, but since many unregenerate people have been baptized, the key difference between them is not the sacrament, but rather the new heart and new nature and approaching the sacrament with faith.

Salvation through sacraments, no ifs ands or buts, makes salvation insecure and contingent on human choices or priestly machinations. It becomes something you can lose or foul up. This necessarily denies God’s agency and elevates man’s agency. It says that God elects several people to be saved who will ultimately not make it.

Two poles, with a continuum between them, although it’s a slippery continuum, and once you start sliding one way or other, you will soon be all the way on one side or other. The two poles have a strong attractive force.

Luther himself was a forthright defender of God’s initiative in election. Lutherans are not. Luther wrote pretty strongly in favor of a high view of the sacraments, and his writings have confessional force for Lutherans. Taken in context with Bondage of the Will, I would not object too strongly to Luther’s sacramental views, although I do think he was wrong on the Lord’s Supper and sadly unnecessarily divisive on it.

But make no mistake. There really is no way to go all the way in for sacramental efficacy in salvation and believe what Luther wrote in Bondage of the Will. Lutherans will sometimes claim they can thread this needle, but I don’t buy it. It is very telling they tend to avoid talking about Bondage of the Will substantively.

Ben, I understand your argument and shouldn’t debate here. I only want to say that Bondage of the Will is a favorite of Lutherans and they aren’t troubled by it. Although it was not selected for the Book of Concord, its arguments are present, especially in the Solid Declaration and the Catechisms (and Smalcald, if recalling correctly…)

The Small Catechism has a succinct confession of Sola Gratia in response to the third article of the Apostles’ Creed—“His gifts” refers to Word and Sacraments:

I believe that I cannot by my own reason or strength believe in Jesus Christ, my Lord, or come to Him; but the Holy Ghost has called me by the Gospel, enlightened me with His gifts, sanctified and kept me in the true faith; even as He calls, gathers, enlightens, and sanctifies the whole Christian Church on earth, and keeps it with Jesus Christ in the one true faith; in which Christian Church He forgives daily and richly all sins to me and all believers, and at the last day will raise up me and all the dead, and will give to me and to all believers in Christ everlasting life. This is most certainly true.

Luther famously said all his writing could disappear without harm, except for the Small Catechism and Bondage, so I think he also saw them to be harmonious.

I meant no disrespect to Luther or the confessions he wrote. I hold to about the highest sacramental view you can and still be within the Reformed confessional lines.

My confession also says, in total agreement with Scripture, that God unchangeably ordains whatsoever comes pass, according to the counsel of His own will. That means that God elects, from all eternity, those souls who will live with Him in heaven at the last day. He does so unchangeably.

I’m going to ask a really daft question, in the context of coming from a baptistic background in which believers’ baptism is simply regarded as a matter for one’s obedience, and Communion is there to “proclaim the Lord’s death till he comes” (and nothing else). Why do we have sacraments at all?

(Pssst Ross…not all baptists believe either that baptism is only a matter of obedience or that communion is only a bare memorial. Check out the 1689 Baptist Confession for a more reformed understanding of the sacraments from a Baptist perspective.)

But I would say, Michael, after some years observing the most conservative of Lutherans, both MIssouri and Wisconsin synods, that the distance between contemporary conservative Lutheranism and Luther is quite large in the matter of the sacraments. It’s my observation that Lutherans show lots of fruit of the sacramentalist error, and whether online or in community, don’t express the cautions and warnings against ritual and ceremony of Luther any more than paedocommunionists express the cautions and warnings of Calvin and our Reformed fathers against the same. As two elementary school boys visiting me in my office at the back of the church said to me once, investigating my “profession” for some class at school and knocking on my door and asking if they could interview me (I didn’t know them), “Dad says I have to go through the confirmation class and have first communion, but then I don’t have to go back [to church].” They said this to each other, then smiled.

That confirmed what I had observed among Wisconsin Synod, and have not seen anything in Missouri to indicate its own expression of contemporary "Luther"anism is much different. As for Luther’s own declarations concerning presence, it’s pure bombast, although it doesn’t leave me loving him any less.

As two elementary school boys visiting me in my office at the back of the church said to me once, investigating my “profession” for some class at school and knocking on my door and asking if they could interview me (I didn’t know them), “Dad says I have to go through the confirmation class and have first communion, but then I don’t have to go back [to church].” They said this to each other, then smiled.

Indeed, this is shameful. When I said serious vs. non-serious, this idea of “graduating” is part of it. It is taking decades of teaching, and exhorting parents to take seriously prayer and teaching at home. In our church, we have seen about half of the people who acted like this 10-20 years ago begin to raise their children differently, and the other half have left for churches of varying denominations that will cater to them.

Coming from a serious Reformed Baptist church that was slow to allow membership and excommunicated multiple people, it was hard for me to get used to sharing a church name with lukewarm and lazy people who were pointing to God’s same promises as I was.