The shame of Christ's Church here in Indiana 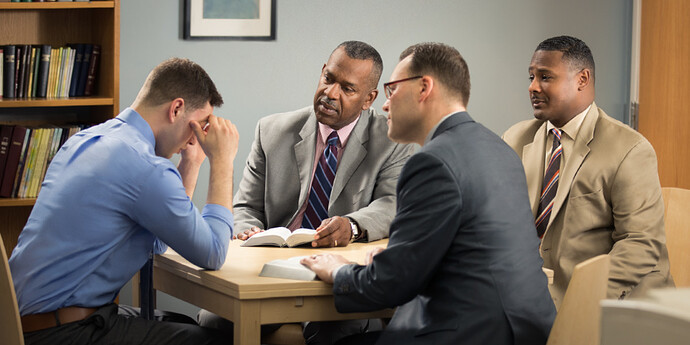 The shame of Christ's Church here in Indiana - Warhorn Media

There are only three presbyterian and reformed denominations in the Lafayette, Indianapolis, and Bloomington part of central Indiana. The Reformed Presbyterian Church of North America has long had a presence in Bloomington, with even a burial ground...

I wonder whether it was the correct decision in this post not to specify the churches and pastors and link to the news stories. In my own case, living in Indiana, my desire to know is perhaps a sinful desire for gossip, but there is a case to be made for shaming the shameful and for letting people know more details. I sincerely wonder about whether more detail should have been given or not. Would Pastor Bayly or other readers care to discuss?

A separate question. Just two days ago on Twitter I posted something like this:
“Though in theory one can argue whether episcopacy, presbyterianism, or congregationalism is best for preventing doctrinal decline, in practice all seem to fail about equally. In theory, I think presbyterianism should do best in addressing scandal, because there’s appeal to a higher level and that higher level is a committee, not a bishop, so it’s harder to cover up the appeal.” Does presbyterianism work better in practice, as well as in theory?

I’d guess that none of the three systems work any better than the other, in practice. I saw practically no discipline ever in either the PC(USA) or the PCA.

Presbyterians brag about accountability and submission to authority, saying “we’re connectional,” but what I’ve observed is the hill-too-highishness of any pastor breaking ranks with friends they get along with.

It is true that, in some cases, the thing that busts that suppression of discipline apart is the fear of lower courts of being reviewed, and faulted, by higher courts, just as in our civil judicial system. But the higher courts are almost always a worse joke than the courts of original jurisdiction. They will move heaven and earth to avoid ruling on the substance of any case. Love,

I wonder whether it was the correct decision in this post not to specify the churches and pastors and link to the news stories.

In this case, these two churches and pastors have been the sources of some of the most malicious slander our church and its elders and pastors have endured these past ten years. This is a large part of the reason I’ve not commented on the scandals until now, and is also most of the reason I didn’t identify them. Still, I knew anyone who spent thirty seconds in Google could find them both, so I don’t know what to say about that.

Nevertheless, I’d hoped to provide the smallest of modesty panels, not taking vengeance from God’s hands.

But if you disagree, I understand. Love,