Surviving the Crackdown in Xinjiang 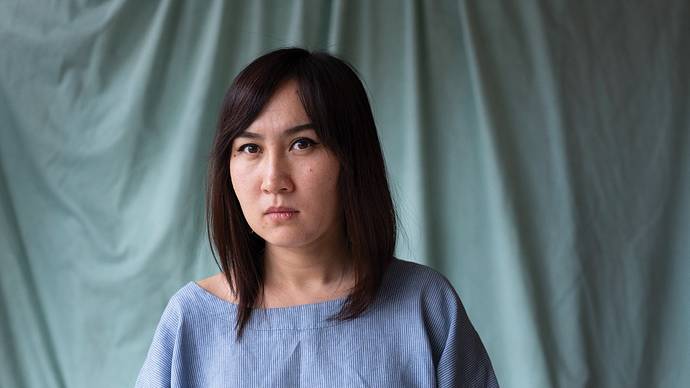 Surviving the Crackdown in Xinjiang

As mass detentions and surveillance dominate the lives of China’s Uyghurs and Kazakhs, a woman struggles to free herself.

Very sobering account. What’s perhaps even more sobering is that many of the coercive elements the CCP is using to eradicate Uyghur and Kazakh distinctiveness (government education antithetical to one’s identity, constant surveillance, social pressure, reduced pregnancies, etc.) we have embraced of our own volition, and we’re seeing the same diminishing effects in our Christian communities.

It’s occurred to me that the massive disruption being inflicted on the Uyghur people … may in time allow Chinese Christians an opportunity to preach the Gospel to them, which has not been possible up to now because of an entrenched Muslim culture. Thoughts?

This is interesting: a report authored by China on human rights violations in the USA in 2020:

I was thinking about propaganda as I was reading The New Yorker piece above because I basically don’t trust the media and was wondering how much I could trust The New Yorker. I don’t know the answer to the question, but I was talking this over with a friend the other day and he said he had seen and read this report from China. So I thought it might be an interesting addition to this thread.

Here’s an excerpt from the report:

In the United States, racism exists in a comprehensive, systematic and continuous manner. Former U.S. President Barack Obama said helplessly that “for millions of Americans, being treated differently on account of race is tragically, painfully, maddeningly ‘normal’.” In June 2020, the UN High Commissioner for Human Rights Michelle Bachelet made two consecutive media statements, emphasizing that the protests triggered by the death of George Floyd, an African American, highlighted not only the issue of police brutality against people of color, but also inequality and racial discrimination in health, education, and employment in the United States. The grievances need to be heard and addressed if the country is to move on from its tragic history of racism and violence.

One of the more chilling lines from the article: “Most were elderly, or women, or children. The younger men, it seemed, had already been locked up.”

My understanding of early Nazism is the same. Many thousands of young men were rounded up before the masses. What intentioned and heartless animus toward people!

I have a few friends who were working to bring the Gospel to these people - they were deported around 2017. Most missions organizations to the region were thrown out - very reminiscent of the curtain dropping with Mao.

I have often wondered what I would have believed, said, and done if I were alive in the 30s and aware of Germany. Or Mao. Or…

What is there to be done? Does the US risk itself for the protection of these people who are being exterminated? It sure seems like our current don’t ask, don’t tell policy is not a good one.