Our days on social media are numbered

This article gets at part of the problem I see:

The Paradox of Abundance - David Perell

It’s easy to say, “Just don’t waste time on Twitter or FB, and only consume healthy stuff.” But when 95% of what is out there is just plain bad for you, the average Christian is not helped but rather hurt by being on social media.

Sure. But it’s just as easy to retreat, is it not? Remember the previous point about the book industry. I know a pastor personally, he said to me in person with the smugness of his non-participation, “the internet is garbage and unprofitable” and the indication was that it’s not a place for Christians to engage, especially not pastors. I respect his view. But I didn’t agree with him then and I certainly don’t agree with him now.

The social media developments of the past few weeks demonstrate the contrary, namely, their great profitability, for good or ill, to reach, shape, mobilize, etc. I found this ministry through social media, and I’m very glad I did. Pastor Tim’s blog posts have rebuked my flesh more times than I can count now. The problem is not any of the various forms of media anymore than the tree of knowledge itself was bad in the garden. They’re not moral agents. Man is. Pagans are just better at dominion, generally, than Christians (Luke 16:8). Sheep are weak and thus, on that point, I can sympathize with you that many are not helped but often hurt.

@ldweeks agreed on both points about FB and Kindle. I try to buy physical as much as I can.

Reading that article makes me want to sign up for a subscription to my local newspaper.

I know this will come across as very ironic or funny because it is, but the things I have read and heard from conservative or right wing media sources since the election have been very eye opening for me. Eye opening in that it was clear to me, with what little political science know how I have, that Biden was going to be our next president on the morning of November 4. The trendlines were clear. But rather than deal with the obvious facts, right wing media chose to indulge conspiratorial fantasies instead, much like the left did after 2016. It’s gotten to the point where I just can’t even listen or read certain sources now. I can’t stand it.

The deeper you dive into the state and county level results, the more you see the same patterns in state after state which confirms what exit polls also showed: that President Trump increased his share of the vote with ethnic minorities, in particular Hispanics in Florida and Texas, while losing ground with educated whites and with white men all over the country. That’s counterintuitive of course, but the important thing is there is no way that result could have been planned. Nobody conspired to steal the election. The election was just strange. I believe the only county in Pennsylvania where Trump’s margin improved was in Philadelphia. Philadelphia.

Christian faith is not bound up in how you see election results, so I’ve not said much on the subject, seeing how passionate people have been about alleged fraud. But now that the capitol was invaded and people are dead, it can’t be said that this kind of disinformation is harmless. It was no less harmless when leftists spread conspiracy theories about Bush and 9/11, or about cops out to hunt black men.

After taking a trip on the Trump train, I’m now off it. I’m beginning to come back around to the same sort of very qualified and skeptical trust I had in the news media back when Obama was president.

Back to the subject of the thread: the threat of misinformation is real, and the tech giants are doing what they are doing now for particular reasons, probably mostly out of fear of regulation. Personally, I think the best answer to bad speech is more speech. I find the actions of Twitter and Facebook troubling, but I also understand the context for why they are doing what they’re doing. It’s motivated partially by animus toward people like us and also just because everyone is spooked by what happened on Jan. 6. The left is not going to let this crisis go to waste, but as we get further away from the capitol event and people calm down a little, I wonder if the purges won’t let up a bit? Could this just be a temporary round of overreaction?

I think it would be helpful to have a set of criteria to use to determine if someone is called to social media ministry. I’ve had it in mind because I’m trying to provide unsought counsel to a church member who seems about out of her mind with anxiety, much of it driven by her time on social media getting “educated” and “educating” others as to what’s going on in our country.

My best thoughts so far: 1) If you cannot handle being on social media without the anxiety going through the roof, you’re not called to it. 1 Peter 3:14-15 tells us to make our defense of Christ as Lord without being afraid or troubled. 2) You must be able to discern what’s important and what isn’t, and avoid the foolish controversies (2 Tim 2:23). 3) You must be able to maintain a kind, gracious, and patient demeanor towards those who contradict. (2 Tim 2:24-25).

I’m stuck at the beginning though, in trying to prove that not everyone is called to social media ministry. Maybe it’s a faulty assumption of mine but I doubt it. The stated argument against is that we are called to be salt and light where people are, and they are on social media. Many people are in China too, but we’re not all called to go there. The unstated argument is that if we’re not all on there winning the arguments now then we’ll be in the gulag next year. That way of thinking seems faithless, as if God is not present and it’s up to us to organize salvation.

I do think there are some people who shouldn’t be on social media. Not sure that goes to the level of requiring a “calling”, but I grant there is a line to draw somewhere.

I know one husband who took his wife’s phone away from her because of her anxiety. She thanked him later.

On the other hand, we are entering a period of information warfare, and some clever defenses are warranted. It’s clear that the election was probably our first truly post-modern election with both sides spinning different narratives, trying to bring their own truth into existence.

This makes more sense of the calls to censorship right now. It’s a form of disarmament.

It’s happening now with the Capitol Hill incident, with one side essentially wishing into existence a new mythology that will be used to justify whatever.

So I don’t think retreat is an option. We have to stay connected somehow if only to play defense. This type of warfare is already asymmetrical. It’s not ground we should give up without some kind of fight. At least, not without clear steps for a good counter-attack.

The deeper you dive into the state and county level results, the more you see the same patterns in state after state which confirms what exit polls also showed: that President Trump increased his share of the vote with ethnic minorities, in particular Hispanics in Florida and Texas, while losing ground with educated whites and with white men all over the country.

Do you have anything I can look at to read more detail about this? Suffice it to say I consider the circumstantial evidence of election fraud to be overwhelming (including video of Biden himself boasting about his comprehensive and inclusive voter fraud operation) but I’m also wary of becoming a mirror image of the Russia lunatics.

I would like to read something from your perspective that looks at real numbers instead of boiling down to “LOL-Trump’s lawsuits got dismissed. Get rekt.”

Here’s an article by a friend. 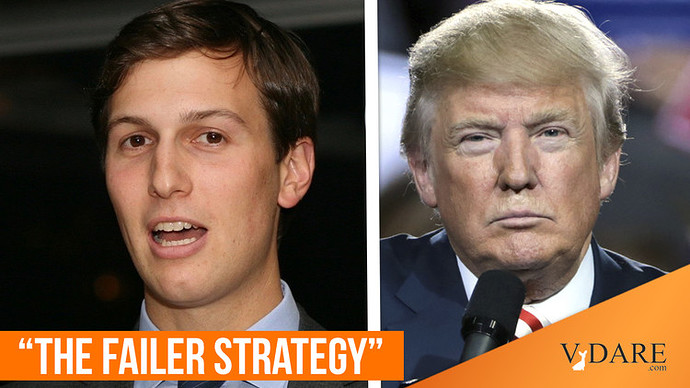 Consider the source. I know of VDare’s reputation. But it’s a data driven piece.

County level data can be accessed from Wikipedia, which keeps fairly detailed presidential election data from every county in every state. They rely on Dave Leip.

Another good source is the Daily Kos elections page.

Michael Tracey, a liberal journalist of the Glenn Greenwald school, meaning he’s a contrarian and willing to challenge both sides, has written helpfully about the election here:

“Why Everyone Should Feel Stupid After This Election | by Michael Tracey | Medium” https://mtracey.medium.com/why-everyone-should-feel-stupid-after-this-election-73faab96259

Here’s one more. Smart liberals are not comforted by the election result. There is a growing divide between the educated and non-educated, which spells trouble for parties of the left not just here but around the world.

Thank you. I’ve been considering writing up a postmortem on my election prediction. This will help my thoughts, even if I don’t do that.

Calibre, with the unlock tools. Just in case.

By the way, here’s a good overview of the DNS problem. Warning: language. https://m.youtube.com/watch?time_continue=1592&v=-79_83TRCW4&feature=emb_title

I’d need to look for a DNS provider who erases or doesn’t store request logs. Seems impossible. Maybe someday someone will enable DNS over TOR.