On Leaving a Church Over Masks | Blog & Mablog

I’m very pleased with how much ground Wilson gave up. He seems to earnestly desire unity. Here’s hoping his readers will actually follow his direction and return to their elders. 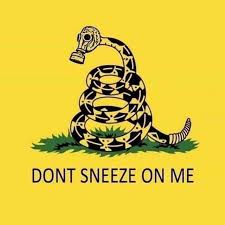 On Leaving a Church Over Masks | Blog & Mablog

1 1 For some months now, Toby Sumpter and I have been blogging about the challenges posed by the mask mandates issued by various civil governments, and it has been very apparent that we have taken a dim view of that whole enterprise. But one of the...

I’m glad for the room that Doug gives in this post for elders to make decisions for their flocks. It’s as much as I expected from him. What’s missing is his support of elders making a decision (requiring masks for worship) that isn’t sin and telling his listeners to obey them in the Lord. To Doug, it’s a conscience issue and he either isn’t willing or doesn’t think it’s appropriate for people to submit their conscience issues to the leadership of the church. Instead, they can pull up stakes and go somewhere else if the elders really press the issue. He even draws up the play they should run and tells them how to justify their decision to themselves and others.

[But in such a case, the reason for leaving would not be “the mask thing,” but rather the fact that the elders responded to such cases of consciences in an authoritarian manner, leaving the individual concerned with no real options.]

Do it lovingly and with grace, but do it just the same. He says they have no other option. The idea that take the third option: submitting their conscience to the elders that they vowed submission to, doesn’t occur to Doug. It’s as if the Christian conscience is off limits and the elders don’t have any authority in this area. Sad.

I could say more about Doug’s unwillingness to instruct people’s conscience, or at least give his unqualified support for other elders who are willing to do the work in their own congregations, but I’ll leave it at that.

What I really wonder is what Doug would say to a wife who cited her conscience as the reason for not obeying her husband. I can’t imagine he’d tell the wife she had grounds to disobey her husband, provided that the husband’s requirement wasn’t obvious sin. Which, regarding masking in worship, Doug is willing to grant. Instead, the council would run along the lines of trusting God as you do what your husband says. The same would hold true for children regarding their parents as well as citizens with the police officers.

When it’s all said and done, I think that may Christians are using their conscience to cover for their rebellion. And the fact that Doug doesn’t see it or won’t address the sins that we’re actually dealing with is discouraging.

I’m glad he wrote this post. I just wish he’d come down in a different spot on this issue.

Pastor Wilson is being a bit coy when he gives the example of some leaving churches where masking is not mandated but allowed. What has been explained to Wilson and Sumpter is that their view of masks (it’s much more than overblown rhetoric) has contributed significantly to unrest in many churches. Some pastors are now finding that any exhortation to submit to governing authorities or any unwillingness to designate masks Marxist burqas, sacraments, statist idolatry, 3rd commandment violations, 9th commandment violations, etc. are unacceptable to certain elements in the church. Perhaps those folks live in a constant state of libertarian fog; but Wilson & Sumpter’s dramatic overstatement of their case has undoubtedly put wind in the sails of those who, though they would benefit from their current elders, think that they must leave to find a church where masks are a matter of confessional integrity (no matter what else they may have to swallow with it).

Perhaps in time those men will understand this and regret their current views.

When it’s all said and done, I think that may Christians are using their conscience to cover for their rebellion.

There is a streak of rebellion in Puritanism. It first manifests obviously in the English Civil War, but it runs through the American Revolution and on into the Godless, Christ-less, Bible-less Puritanism of modern Progressivism.

I don’t understand how men who are so careful with Romans 9 seem to lose their minds when the authorities affirmed in Romans 13 tell them to pay a tax or wear a mask, but it seems to be deeply-rooted in our tradition. I recently learned that the Geneva Bible translates “king” as “tyrant.” That’s way, way back for us.

I think the main problem with Doug Wilson’s view is question-begging and confusion of categories. Let me illustrate with two scenarios.

Scenario A. Because the government is taking down crosses previously erected on government land due to “separation of church and state”, the elders of a church require everyone to wear gigantic crucifixes as part of corporate worship in order to demonstrate that they are not worshiping the secular state.

Scenario B. During a local outbreak of Ebola, the elders of a church tell people not to come to worship if they have a fever in order to avoid taking a chance of spreading a dangerous disease to other members.

If so, then declaring that mask requirements burden the conscience is begging the question. All churches that require masks do so for health reasons (Scenario B), and just because Doug Wilson says it is idolatrous bowing to state (Scenario A) does not make it so. One might say that elders are misinformed about the true health risks of COVID-19, or are not weighing risks and benefits properly, but mistaken authority is still authority.

Yes, precisely, which is the reason Preliminary Principle Number 2 of American Presbyterianism (these Principles are quoted in all our denominations’ Books of Church Order, including Evangel Presbytery) is so pertinent (I quote it in the context of Principle Number 1 to help explain its meaning:

Number 1. That “God alone is Lord of the conscience; and hath left it free from the doctrines and commandments of men,
which are in any thing contrary to his word, or beside it, in matters of faith or worship:” Therefore, they consider the rights of private judgment, in all matters that respect religion, as universal, and unalienable: they do not even wish to see any religious constitution aided by the civil power, further than may be necessary for protection and security, and, at the same time, equal and common to all others.

Number 2: That, in perfect consistency with the above principle of common right, every Christian church, or union or association of particular churches, is entitled to declare the terms of admission to its communion, and the qualifications of its ministers and members, as well as the whole system of its internal government which Christ hath appointed: that, in the exercise of this right, they may, notwithstanding, err, in making the terms of communion either too lax or too narrow: yet, even in this case, they do not infringe upon the liberty, or the rights, of others, but only make an improper use of their own.

Elders don’t violate the Regulative Principle, or any other Biblical principle of polity, by requiring things of their members not explicitly required by Scripture. I cannot commend these Principles highly enough. Love,

Doug Wilson has written a book defending Southern slavery as biblically permissible. He appeals, among other things, to those passages of the New Testament commanding slaves to obey their masters. But what other command often occurs right next to those slave commands?

I recently learned that the Geneva Bible translates “king” as “tyrant.” That’s way, way back for us.

Without taking a position on anything else, I’ll just note that “tyrant” hasn’t always had a pejorative meaning. Apparently, it originally meant a ruler with absolute power. (See this article for some details.) I don’t know what the connotations of the word were at the time of the Geneva Bible, but it is possible that this is all that was in view.

Apparently, it originally meant a ruler with absolute power.

This may be true in the abstract, but I don’t see how anyone can look at early English-speaking Reformed/Puritan/Presbyterian tradition and not see that this would have negative connotations for the translators and the readers.

When King James commissioned his now-eponymous translation, his translators completely eliminated “tyrant” and “tyranny” from the translation. It seems that when the king’s translators looked at it, they saw negative connotations.

All this debate about wearing a mask to church. Meanwhile, I surveyed about 10 PCA churches in my area and found a couple who were returning to in-person worship only last or this coming Lord’s Day.

Well, of course, but it’s been a long time since the PCA has been listening to anyone here. Keller has won and what else would we expect from Kellrites? Love,