My hot take on Bitcoin

Bitcoin is an attempt at the philosophers stone—gold out of nothing—the wickedness of which is addressed in Idols For Destruction.

Help me flesh this out.

How is it different from paper currency?

Is (unbacked) paper money what Schlossberg is arguing against? I can’t remember. I think it’s just against inflating that money, which, granted, it being unbacked allows.

Paper money is at least backed by the will of a government that can tax its citizens to collect actual value to pay off the debt. Bitcoin is backed by nothing. It is therefore not a currency, but an asset, which is unarguable, given a. the impossibility of using it as currency, and b. the way that people are using it (as a get rich quick scheme, aka pure speculation.) But what sort of asset is it? An asset that has no value except in its ability to be outside of government controls, which it turns out is not the case.

Even a fool who keeps silent is considered wise; when he closes his lips, he is deemed intelligent. - Prov. 17:28

Why do you tempt me?

Help me flesh this out.

I’ll start with a couple quick items for the fellows of nerd-dom.

Although from 2016, this is a short-ish talk by Andreas Antonopoulos that makes some good high-level points in the manner that Antonopoulos is known for. Still worthwhile to get a feel for what’s special about the components that comprise crypto, and Bitcoin specifically.

Also, his book on bitcoin/blockchain programming is viewed as a standard of sorts.

Secondly, let me throw this in because of it’s relevance in showing the sorts of errors one can make in giving a proper assessment of crypto/Bitcoin generally. Also because of these items inter-relationships with “digital currencies” and the rise of their use/abuse by centralizing governmental entities in the upcoming years. Also because, in many respects, James Corbett is someone whose work more people should be more widely familiar with.

TRANSCRIPT AND SOURCES: https://www.corbettreport.com/bitcoinpsyop/ Yes, the blockchain is truly revolutionary. Yes, bitcoin is Tulipmania 2.0. Yes, cryptocurrency is a nail in the coffin of the bank...

Very much different from this. In some ways enough like real “digital gold” to inspire the grandest post-millennial dreams of the anarcho-capitalists. Open to enough abuse of some of the building blocks to inspire the most horrible nightmare schemes of the worst of the WEF crowd. A combination of mathematics, tech, economics, and backstory lore to fascinate young and old alike. For some reason, my Mom finds it boring.

Maybe right about Bitcoin but not all crypto.

Ethereum, for example; is a technology and a platform.

I haven’t read the book, but there is an argument that cryptocurrency is inherently deflationary if there is a limited supply and difficulty auto-adjusts, pushing up the price as popularity increases the difficulty of generating new coins on the mining side, which pushes up the acceptable minimum price on the trading/retail buying side. To scheme to create that deflationary scenario and hold the earliest coins, therefore profiting from the increase in excess of the effort to create and market the network, would be to scheme to create money from nothing. Unlike the Philosophers’ Stone, this is achieved with a heavy external cost due to the hardware and energy dedicated to the price increase.

I’m not an economist but isn’t it essentially the case that, other things being equal, forms of money with a supply that is not expandable by mere decree of an issuing authority will tend to be deflationary over time? At least it’s the case for precious metals as money and is one of several areas of similarity with BTC. This is not a bad thing, but a positive feature, although I guess I’m showing my economic orientation. These “physical gold-like” properties in BTC arise from the decentralized and cryptographically unforgeable characteristics of each unit’s mathematical coming into existence into the network over time. As associated value per unit and “scarcity” increase over time, so do “production” costs per unit. But again, this greatly mirrors precious metal mining and isn’t really a problem, let alone to be equated with “creating money out of nothing.”

The true alchemists of the current world are the central bankers and associates who generate huge units of “value” instantaneously and with essentially no resource expenditure, transfer those sums of purchasing power into the hands of a tiny few wielders of political power and use the resultant economic situation to leverage the ownership of (at this point) literally everything in the world out of the hands of anybody with ownership of any property, resource or value and into the control of themselves. This is a problematic situation and the exact opposite of real free-market forces.

There are some problems related to the advantage of initial design protocols in some cryptocurrencies not unlike what you bring up above; these tend to be diminished in BTC by its “first mover” nature and its commonality or network effect, basically. Simply being deflationary, however, really isn’t a problem. Unless you’re Paul Krugman, in which case you have my cheerful condolences.

Whether Bitcoin succeeds or not, it’s fantastic in that it gets us thinking of new ways to get back to sound economics. The idiotic Keynesian experiments our country has been running has had wide ranging negative consequences. The faster we get back to a gold standard or something like it the better. Inflating the money supply to cover up the failures of WW1 and then inventing a crap economic theory in the 30s to justify the previous 20 years of going off of the gold standard is criminal.

The ideas behind Bitcoin get me excited, regardless of whether or not Bitcoin itself actually succeeds.

The best defense of Bitcoin I’ve seen was written by Vitalik Buterin, founder of Ethereum, on April 1 (get it?). Despite being a bit tongue-in-cheek, it’s a really honest take from someone who is responsible for the next biggest competitor to Bitcoin.

Yes, I’ve read it, too. Definitely the best case for Bitcoin I’ve ever read.

Paper money is at least backed by the will of a government that can tax its citizens to collect actual value to pay off the debt.

I saw an Ann Barnhardt presentation once where she calculated out the worldwide debt and the enormous debt-based derivatives structures in terms of their value in man-hours of human labor. Let’s just say it ain’t good. Terms like “prison planet” and “grand theft world” aren’t metaphors at this stage. Thankfully, we know the God of Jubilee. Reading in Leviticus, though, that can happen with or without us. But I feel confident it will happen. I’m even optimistic. But, golly.

The ideas behind Bitcoin get me excited, regardless of whether or not Bitcoin itself actually succeeds.

I definitely agree here. I think it’s a fascinating combination of topics with real potential for good. The places where I’m wary are not due to bitcoin being monetarily unsound or an alchemical project. It’s neither. I think more central concerns would be that despite what the strong serious proponents of decentralization would hope and despite the power of such efforts to limit damage in a society, the forms of corruption at play are so substantial that without restoration of the rule of law there will ultimately be no place to hide. It’s valuable but insufficient to address the true underlying ailment. It can even become a partial tool to further the problem. For an idea of this, may I recommend this excerpt from a discussion hosted by Catherine Austin Fitts of Solari? Bitcoin related thoughts are brought up part way through. 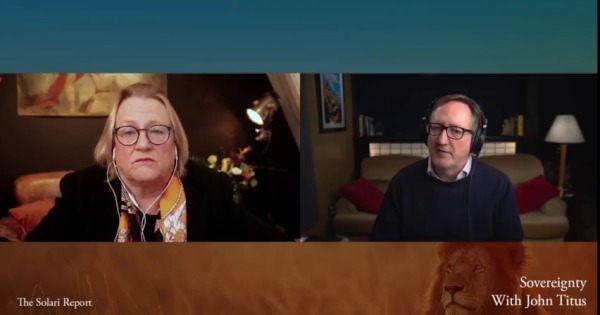 The almost unfathomable financial crimes that Ms. Fitts’ work has been a part of shedding light on are truly staggering. I hope people are familiar with her. A true hero. If not, well, maybe a discussion for another day. Or anytime, I’m game. People talk about “the national debt” or “out of control spending.” They have no idea. Financial coup d’etat doesn’t begin to cover it. It’s odd because the information is readily available. Solid, documented, reliable beyond description. The exact opposite of theories or speculative craziness. I’m nothing special; you just have to be willing to look. I guess it really is - a war.

Bitcoin is an attempt at the philosophers stone—gold out of nothing—the wickedness of which is addressed in Idols For Destruction.

Bitcoin has no “inherent value,” but what value inheres to gold itself? A few industrial and ornamental uses, and the rest is a measure of humans’ desire for a stable medium of exchange and value store.

Bitcoin is a way to take those properties of gold and attach them to a digital medium of exchange. I don’t know if it will work (I think gold is actually still the strong horse here), but it doesn’t seem any more wicked to me than literally mining for gold.

Simply being deflationary, however, really isn’t a problem.

I think you have described/defended the principles involved pretty well. I still think that if you help create an inherently deflationary currency, with the goal of converting a bunch of energy and silicon around the world into your currency to make your coins in your new currency valuable, you could be said to be performing something like the alchemist’s creation of gold. Perhaps that’s not even bad; perhaps an alchemist could rightly claim to be providing a valuable service by providing an alternative to government-assured gold backing?

When my family and friends ask me to explain cryptocurrencies, I refer them to this video on YouTube:

The channel to which this video belongs is run by a Brit whose language/accent is easy for Americans to understand.