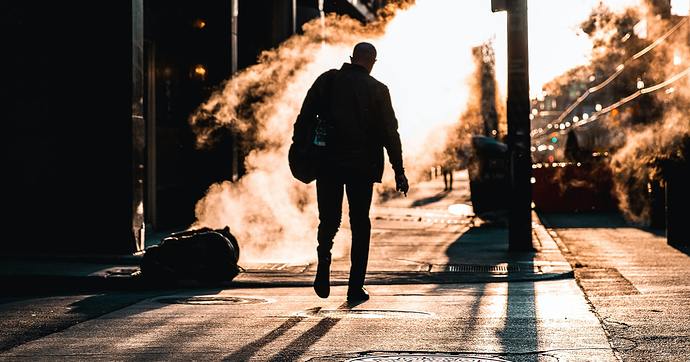 A Reason to Be Vaccinated: Freedom

The decision to be vaccinated (or not) need not be a political decision, whether left wing or right. It can be a Christian decision — informed by Scripture and free from the fear of man.

I am a 2nd year seminarian at Bethlehem, and I actually have Piper for my preaching class right now. He used my cohort as a census on this piece last week (seeing if we think he should publish it), most of us discouraged it, but it seemed to only encourage him further in his resolve, haha. Our basic case was that he isn’t like an Al Mohler (giving commentary on everything that happens culturally) but rather only on select issues, all of which signal him being more politically left (Trump, self-defense, etc.) which he’s not over all.

Anyway, I thought it’d be a good piece for a potential lively Sanityville discussion!

Tell him hi and that I suggest he read our statement before publishing his. And abt his positions, u do know he went to Fuller and that he writes with an eye to the left, not to the right. Love

and that I suggest he read our statement before publishing his.

I will. He invited us to criticize his piece next class (next Monday), I will try to offer it as a helpful statement.

I really benefited from the statement, by the way, thank you for putting it together!

And abt his positions, u do know he went to Fuller and that he writes with an eye to the left, not to the right.

That’s fair. That would better explain it, unfortunately.

I was just going to share this, then saw someone else beat me to the punch. A friend shared it with me today.

I agree with Piper’s piece and am grateful he published it.

Oh my. From John’s piece:

“What do you think, Simon? From whom do kings of the earth take toll or tax? From their sons or from others?” And when he said, “From others,” Jesus said to him, “Then the sons are free. However, not to give offense to them, go to the sea and cast a hook and take the first fish that comes up, and when you open its mouth you will find a shekel. Take that and give it to them for me and for yourself.” (Matthew 17:25–27)

The King’s sons are not obliged to pay taxes to institutions created by their Father. They are obliged to obey their Father, not man. Therefore, when they pay the tax, they do so to honor their Father because he gave them the resources and the command: “Take that and give it to them” (Matthew 17:27)."

If you men read Lucas’s post from earlier today, you’ll find Calvin’s comment on this text, and once again we find Anabaptists everywhere among us Reformed. If I were talking to John, I’d ask him if he’s even aware of what Calvin says on this prooftext he abuses. My guess is he’d say “yes,” but wouldn’t actually be able to tell you what Calvin says about Anabaptists’ take on the text. Just to test him.

The thing I’ve found disconcerting about present and former and repenting Baptists is their ignorance of history where it matters in the positions they take. It’s like, being bright, they think they don’t have to deal with dead men’s objections to their positions, and so they cultivate ignorance of them. Now I know some here will object to this observation, but I’ve lived many years watching present and former Baptists be oblivious to their heritage, and when informed, deny they are oblivious while continuing to demonstrate they’re oblivious.

John’s position here is just classic Anabaptist claptrap. We’ve been warning about this tendency among Covid agitators and now we see it among Covid assimilators, also. Anabaptism will out regardless of sides you pick.

So now, in case some readers here aren’t wanting to read Calvin on John’s prooftext, here’s the money quote: “But what is the object of his discourse? Is it to exempt himself and his followers from subjection to the laws? Some explain it thus, that Christians have a right to be exempted, but that they voluntarily subject themselves to the ordinary government… [Then, after answering “no” to this Anabaptist interpretation, Calvin continues.] And therefore it is also highly foolish in the Anabaptists to torture these words for overturning political order, since it is more than certain, that Christ does not say any thing about a privilege common to believers, but only draws a comparison from the sons of kings, who, together with their domestics, are exempted.”

One final thing: John should have dealt with the issue of cell lines. It was irresponsible not to when it’s a clear moral issue known by many. Love,

PS: I never read Toby or Doug, but Lucas just told me he wrote what he did because Toby quoted this text in making the same exact argument now made by John. Anabaptists run amok, and sadly, they have no idea. Both Toby and John abusing the same precise text in opposite directions. Aaargh!

I went back and re-read carefully and saw what he said about the temple tax.

I appreciated him for urging Christians to get vaccinated without fear of what some in their tribe might think of them. In this, he aligns with us.

Yes, he does, Ben. On that specific issue. But oh my, at quite the cost of promoting his so-called “freedom” which plays right into the Covid agitators’ hands, and the hands of every man who hates human authority. And did you notice how he brought things to a crescendo at the end: “The sons are free. Tearfully, cheerfully free.”

“God alone owns us. And God alone rules us. We are not ruled by any man. We are free from all human ownership and rule.”

I can’t let my kids read this.

I mean I guess this is true in a way. But in another way, He established government…

I’ve been reading though Daniel with some men at church. I’m struck by Daniel’s submission and defiance. Sure, he defied certain laws that would require him specific (and grave) sin. But he did so in a submissive manner.

He didn’t pray to Darius, but to God. And when he was called out for this and sentenced to execution (!!!) he didn’t say the king had no authority over him, etc. He submitted to his “come-uppance.” God graciously (and miraculously) spared his life. The same for his friends and their fiery trial. And similarly when, as a young man, he didn’t want to eat the king’s food and wine.

In totality though, I found this statement from Piper confusing. Very unclear. If people feel like they don’t have freedom to take the vaccine, then I guess this might be helpful. But I think it would have been better as a very brief statement, maybe a tweet. Something like, “I do not believe God forbids you from getting the vaccine, that God’s word doesn’t speak specifically to it so there is Christian freedom. Consider the possible risks and benefits, including the possibility that it makes it harder for you to pass the virus to others. And then make your decision in good faith and trust God with the outcome.”

Anyway, its hard for me, on a personal level, to break with Piper. His preaching ministry - recorded and put online for the whole world which is question I just raised in another post - was very, very helpful to me as a young man in college, struggling with adopting my parents’ faith as my own outside of their household. I have much appreciation for John Piper and his ministry and thanksgiving to God for providing it.

Do we wonder why nobody wants to commit to our churches? Hey, be free, man!