Into the Spider-Verse: Movies are losing all meaning?

Into the Spider-Verse: Movies are losing all meaning? - Warhorn Media

Our heroes CONTINUE their discussion of Spider-Man: Into the Spider-Verse. Nathan uses the phrase “ritual decoupled from meaning” MANY TIMES. IS THIS THE END OF CIVILIZATION AS WE KNOW IT? Support us here! Listen to the episode at a separate link...

I decided to listen to this SATM despite the fact that I’m far enough behind on the ceaselessly re-booted Spiderman films that in listening to plot summary elements I had to take a moment to remind myself that Toby Maguire isn’t Spiderman anymore. I hope I don’t encourage his prepared statement trend too much but I found Nathan’s thoughts to be interesting. I’m glad he put them together. “Stories used to be about things…”

Interesting to know what you guys think of this not unrelated commentary from Paul Joseph Watson on film and overall pop-culture and its trajectory. He says some of the same sorts of things and points out some of the realities of moviemaking and the overall processes of the creation of artistic, musical or cultural elements in the “modern” era that seem to magnify some of those ills. 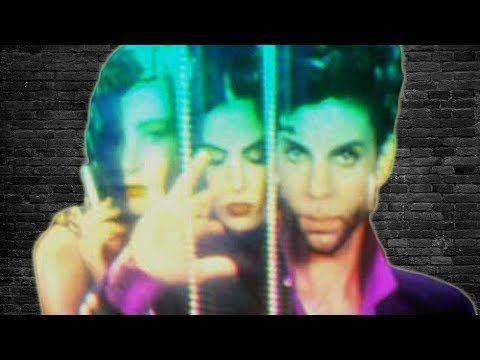 FWIW, Watson has some really interesting things to say about modern architecture in addition to modern art, both searchable on YouTube. Rather depressing though, he certainly doesn’t present the basis for the only true antidote to heal a society and its culture from the roots outward. Watson makes me think of the dynamics of the re-emergence of older ideas (sans-gospel and Jesus Christ) in reaction to the dying culture. Rejecting modern culture in ways that would make one friendly to Marcus Aurelius isn’t just for the occasional weird, well read mechanic somewhere or other. Nowadays it’s for the internet-savvy young “Zoomers” as well.

P.S. I think that even that is not always naturally occurring. The history of intel agency/deep state shaping of culture in some extremely unhealthy ways seems to be something that’s far more extensive than one might imagine. I won’t pretend I can get a great handle on it but there are enough elements that have been studied to call in to question an awful lot of weird cultural stuff. And in the present era, manipulation becomes just as technologically over-managed as moviemaking does. I would think some caution is due in evaluating PJW’s material (as anything, ofc.) The info-war is real, even or particularly with those surrounding an organization by the same name.

P.P.S. Regarding the broken nature of storytelling in the presently insane culture, I think you guys have interesting things to say. May I throw a related TV recommendation out there for consideration? I’m a man who has never used the word “meta” in any context more public than my own mind and almost always mockingly so please excuse what I’m about to say. Just as the present culture takes everything normal or wholesome and ends up bending it into something contorted and dis-functional along “post-modern” lines, the no longer airing show “Community” had a remarkable tendency to almost reverse this phenomenon and bend “post-modernism” so far into “meta” pretzels that the results were not only comedy genius but often with surprising amounts of old-fashioned, “real” stories re-emerging from the efforts. Not a perfect solution but it was a remarkable and surprisingly sweet show. If you media-analysis nerds

are interested, start here and you likely won’t look back. The history of intel agency/deep state shaping of culture in some extremely unhealthy ways seems to be something that’s far more extensive than one might imagine.

CIA. Jackson Pollock, Gloria Steinem, Ken Kesey, Ted Kaczynski, possibly Timothy Leary, and in some way or another there seem to be never-ending tie-ins with almost every aspect of the development of drug culture whether with hallucinogens: LSD(MKULTRA), magic mushrooms(first widely promoted in Mockingbird Henry Luce’s LIFE magazine) or the general and corrupt trade thereof, foreign(never-ending wars) and domestic(how much of both the Clinton and Bush dynasties and more weave their webs around Mena, Arkansas?)

If you want to look into some fairly crazy stuff that I won’t claim to totally know what to make of, then there’s work by a guy named Dave McGowan who traces all sorts of California weirdness and evil intersecting several different worlds with the worlds of the National Security state in his writing related to his book “Weird Scenes Inside the Canyon,” in reference to hippie hotbed Laurel Canyon outside Los Angeles.

Additionaly, the wickedness perpetrated as well as scientifically formulated during the multitudinous projects under MKULTRA are distressing to contemplate, just based on what has been released.
See here: 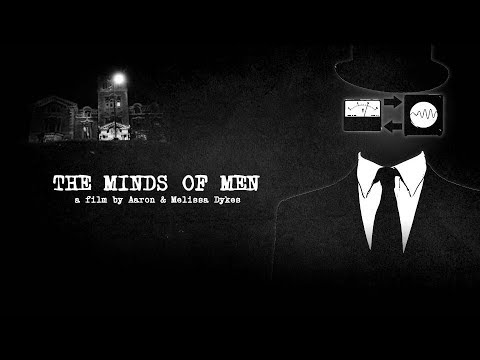 Doubtless, the full scope is much worse. I don’t say these things to indict my country. Although we are guilty. Realistically, these sorts of things are done in a form of secretness that, in a sense, includes the approval of many and the knowledge of few. God help us, indeed.

One of our members almost mentioned the CIA connection to Jackson Pollock in both this episode and the Sound of Sanity coming out next Tuesday on modern art.

The intrigue is intriguing!

I’ll definitely catch that one, too.

If you want to look into some fairly crazy stuff that I won’t claim to totally know what to make of, then there’s work by a guy named Dave McGowan who traces all sorts of California weirdness and evil intersecting several different worlds with the worlds of the National Security state in his writing related to his book “Weird Scenes Inside the Canyon,” in reference to hippie hotbed Laurel Canyon outside Los Angeles.

A friend sent me that a year or so ago, in blog form. It’s very interesting stuff. I wasn’t buying everything he was selling, in particular I think he over-egged the pudding with a lot of the “mysterious deaths.” America was a violent place in the 1960s, particularly among young men on the fringes of polite society. With that said, some of the things I learned in that series can’t be unlearned, like the fact that the commander of US ships in the Gulf of Tonkin during the eponymous Incident was Adm. George Stephen Morrison, father of Jim Morrison. Everyone in America in 1968 had a father who had been in the service or involved in the war effort, but the number of people in that scene who had parents who glowed in the dark is astonishing.

The proto-Manson he discusses and the propaganda film studio at the top of Laurel Canyon were also fascinating.

Given the number of remarkable events that I’ve seen in my own life that have turned out to be basically Deep State operations (Garland TX shooting, Malheur Wildlife Refuge, January 6th, etc.), it sure looks like they’ve been at this for a long, long time.

I am far from a conspiracy theory aficionado; but, in my opinion, Alston Chase’s The Atlantic cover story “Harvard and the Making of the Unabomber” is a must read for Americans.

Harvard and the Making of the Unabomber

A series of purposely brutalizing psychological experiments may have confirmed Theodore Kaczynski’s still-forming belief in the evil of science while he was in college.

It is only tangentially related to the above discussion.

There’s some group of robots going around talking about conspiracy theories on every topic. It’s like cranberries getting into all the other juices.

I’m beginning to form my own conspiracy theory here:

There’s some group of robots…

Bleep, bloop.
Programmed from love…
But I understand the point, too.

I am far from a conspiracy theory aficionado; but, in my opinion, Alston Chase’s The Atlantic cover story “Harvard and the Making of the Unabomber” is a must read for Americans.

Interesting article, from back when The Atlantic Monthly published lots of interesting stuff.

We won’t be free until there are tanks in Harvard Yard.

Their cover stories and features are still often excellent, and in my opinion they are the best of the prestige media.

This recent cover story also touches on conspiracy theories, though in a very different way. I thought it was a great exploration of memory and loss: Grief and Conspiracy 20 Years After 9/11 - The Atlantic

And this cover, from one of their staff science writers, was very sensitive and probing, and is certainly relevant now: Prenatal Testing and the Future of Down Syndrome - The Atlantic

I could give you many more favorites, but this probably isn’t the place!

Conspiracies! They’re everywhere! They’re getting into the cupboards.

I won’t rest until I turn this place into Prison Planet!

I don’t agree with the conclusion you landed on, and the seeds of this were in your discussion

Just because people are bad at recognizing themes or reading symbols doesn’t mean the movie is a blank canvas.

@jacob.mentzel conservative Catholic friend didn’t recognize the obvious lesbian coding in Mitchells vs. the Machines, for example. That doesn’t mean the movie is leaving that open to interpretation.

To Wall-E as another example, you’d be surprised how many people don’t pick up on the fact that the female robot is literally named EVE. The movie is saying something, despite our inability to read it.

While postmodernism is ever-present and corroding away at everything, I don’t think it follows that Into the Spiderverse isn’t saying some things very clearly.