This reel of infographics is making viral moves in the reformed facebook land, especially amoung womens groups and parenting groups. I am curious what sanityville has to say about the interpretation given here, and its implications. 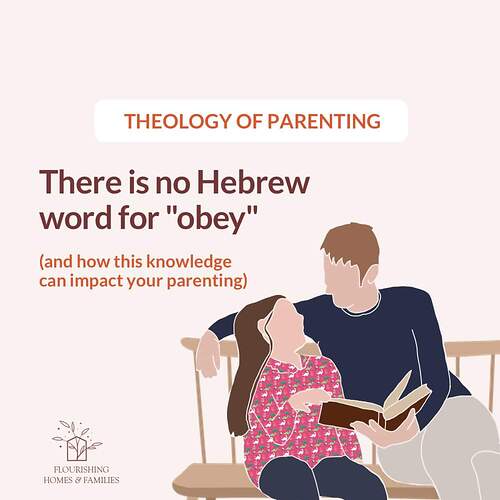 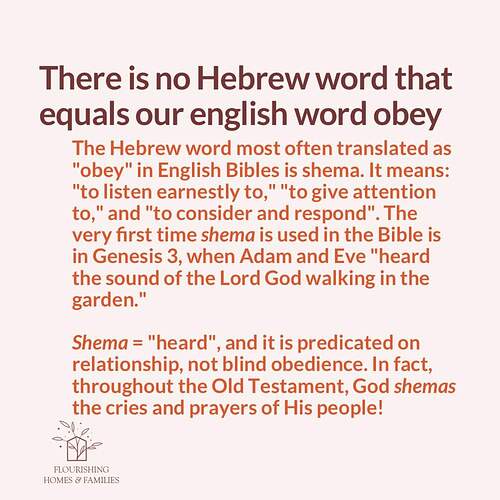 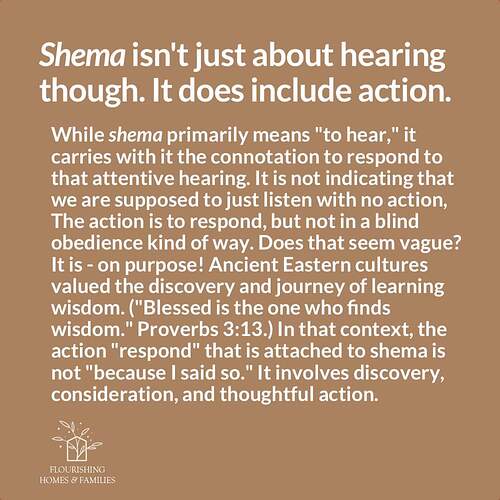 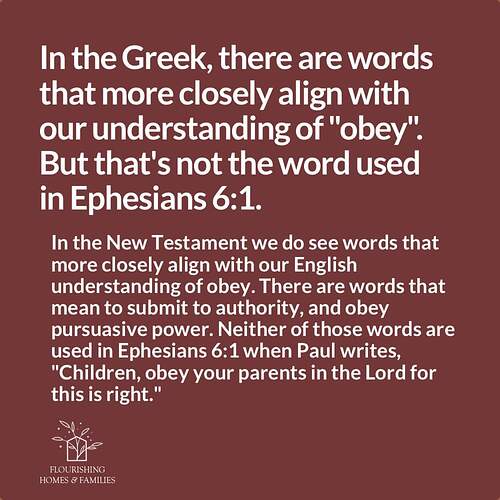 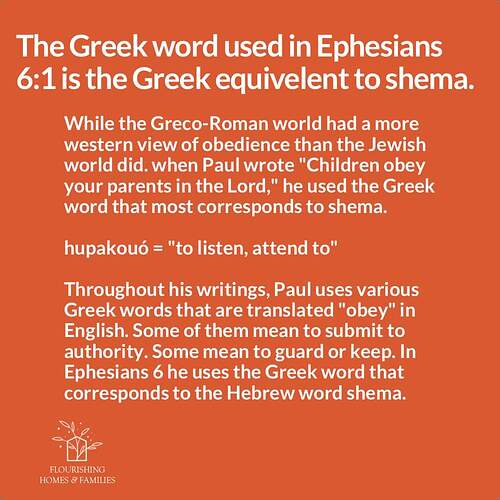 Part 2 with the rest of the explanation given below, i can only upload 5 photos to the post 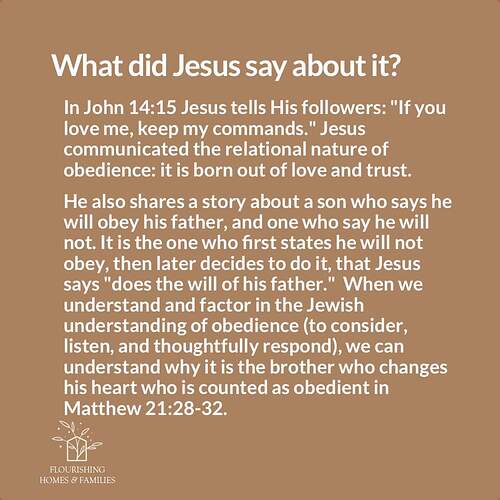 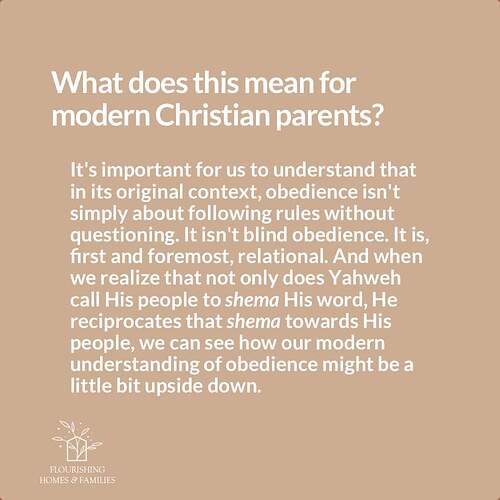 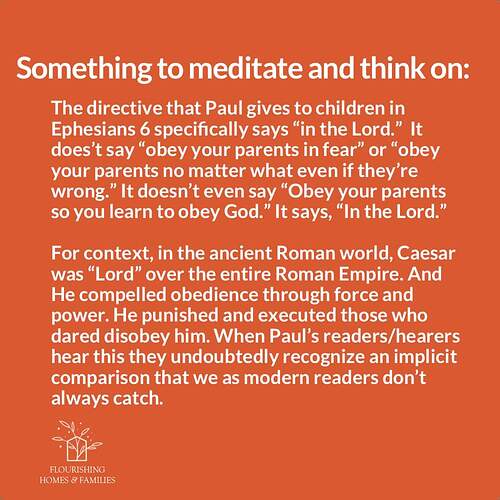 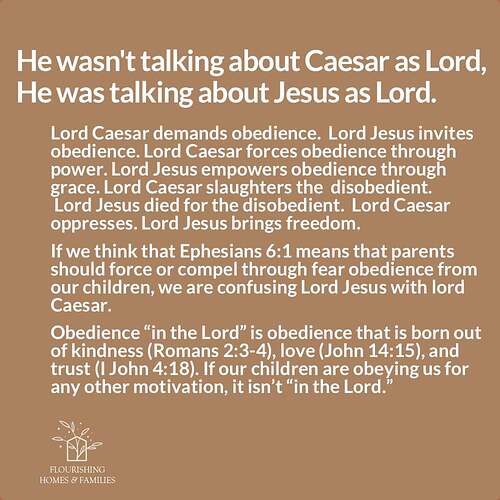 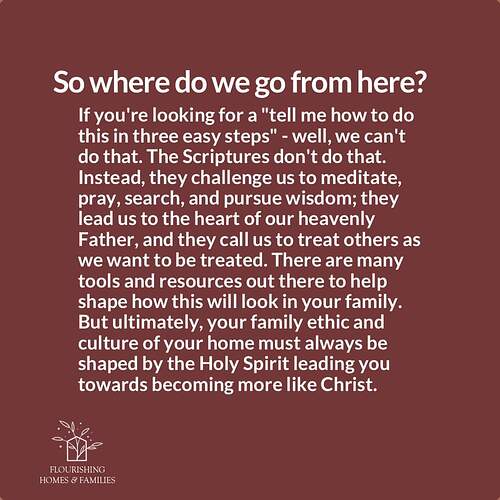 It’s a partial truth in service to bunkum. I’ve recently mentioned to Mary Lee that the Old Testament word often translated “obey” is literally “listen,” but I went on to say that this is key to understanding the importance of God’s Words. He demands we listen, particularly to His law and the blessings and curses His Law is always accompanied by. Then note that a father or mother gives a command to a son or daughter, and if the command is not obeyed promptly, that father or mother often responds by turning back to the child and rebuking him, saying “You are not listening to me!”

In other words, you simply cannot separate listening to God and obeying God. The two are for all practical purposes identical.

What a bunch of deceptive weak-women blather the above is. No one who knows Hebrew would claim that the difference between translating שָׁמַע “listen” rather than “obey” protects children from the abuse of “blind obedience.” What manipulation in the service of false doctrine, and as you pointed out, this is quite popular among Reformed women.

Remember what God rebuked Adam for after the Fall included this same word: “Because you listened (שָׁמַע.) to the voice of your wife.” Warn everyone on these forums not to “listen” to these false teachers. Love,