I know that Joe is close with many men in Moscow and I assume that is where this is coming from. As a credo-baptist, I have many friends who will not allow paedo-baptized folks into membership. I think this argument from Rigney is a pretty good defense of how a credo guy might allow it.

I wonder what the rest of Desiring God, Bethlehem Baptist Church, and the seminary think. Any thoughts?

As I recall, John Piper’s elder board debated the issue some 10 years ago and, contrary to John’s view, determined not to allow paedos in.

EDIT: Well, it was back in 2005. Vote was to take place in December 2005, but…again, working from memory here…the elders changed course before it made it to congregation for a vote.

I wonder what the rest of Desiring God, Bethlehem Baptist Church, and the seminary think.

Bethlehem Baptist Church’s long-standing practice has been to admit paedobaptists to membership. Here is John Piper’s response to Wayne Grudem’s change of mind: 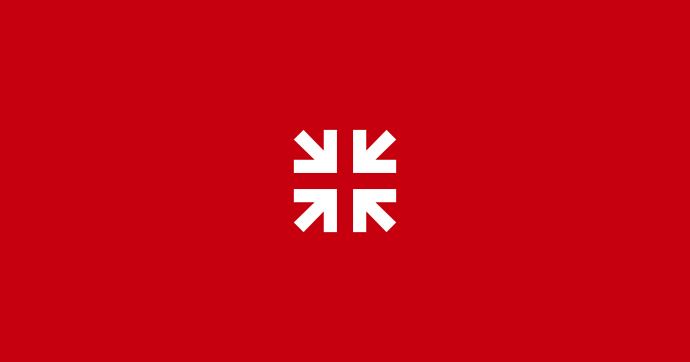 Response to Grudem on Baptism and Church Membership

Thoughts on whether a different opinion on baptism should be reason to exclude you from a church's membership.

I think in order to bar someone of the opposite position on baptism from membership with consistency, a church needs to adopt closed Communion. A Baptist church welcoming someone baptized as an infant to the Table as a guest but barring him from the Table if he decides to join the church is untenable.

I posted this before I read Pastor Dionne’s reply.

I’m sure he is right.

Bethlehem Baptist Church’s long-standing practice has been to admit paedobaptists to membership.

I have a friend presently at a baptist church, who is allowed communion, is in a small group, known by the elders and yet is told he can’t become a member unless he is properly baptized. He’s a former OPC kid. Frankly it seems to bother me more than him, especially since the bylaws of this church state that attendance at the church is a tacit consent to be disciplined by the elders, whether or not you are a member. It makes no sense to me. I’m not even sure what it means to be a member in that context.

In my experience, this is the most common position of baptists. Generally allow communion and service in the church but deny membership. They usually, as you have stated, have a statement in their bylaws allowing some sort of half-way membership that allows for discipline of their paedo-baptizing non-members.

I do have friends who follow the logic more fully and do not allow service in the church unless a member. I am not sure of the state of the supper in those places.

The one that took the cake for me was my nephew and his family who, after a year or two of fellowship in the church while not being allowed communion because the wife and children were infant-baptized, finally decided to submit to immersion as an act of peace. The deacons were happy to baptize them properly, as they thought, but said they’d still not be allowed to commune because they were being baptized from a desire for church unity rather than conviction that it was necessary and right, Biblically. Southern Baptist. Reformed. In Louisville. Love,

Wow. I bet I know the church too.

… to submit to immersion as an act of peace … [instead of from a ] … conviction that it was necessary and right, Biblically

It’s here that I’ll report how this situation might be handled as Anglicans might handle it (though from a slightly different set of presenting circumstances).

First, Anglicans (rightly or wrongly - a different discussion) “fence” the table differently than other Christian communions. Our communion is not “open” in the sense that anyone is entitled to participate. Rather, all members of the church are invited to partake IF they are baptized with a Trinitarian formula (i.e. "in the name of the Father, and of the Son, and of the Holy Ghost), using water (any mode, but only water - not milk, not iced tea, etc.), and if they are not under discipline in a congregation where they were previously members. This policy may be criticized, but that’s a different discussion.

Now, a common question for the Anglican priest is this: has the prospective member (or participant in the Eucharist) ever been licitly baptized? For some, this is impossible to know. If he were baptized as an infant, he would not remember the event, of course; and, he may also not know or remember a report of such a baptism.

Meanwhile, in Western non-Baptist understanding of baptism, the rite only occurs once. It’s not an event which should (or even ccould) be repeated, though the ritual motions might be repeated, obviously.

What to do if someone presents himself for membership in an Anglican parish or to receive communion in an Anglican Eucharist if he does not know if he has been baptized licitly or not?

In an Anglican setting, the parish priest conditionally baptizes such a person. In all its details, a conditional baptism rite is identical to a conventional baptism except in one detail, namely the formula which the priest speaks prior to the application of water (by whatever mode).

“I baptize thee [name of person being baptized ] in the name of the Father, and of the Son, and of the Holy Ghost,”

“If thou art not already baptized, I baptize thee [name of person being baptized ] in the name of the Father, and of Son, and of the Holy Ghost.”

In a conditional baptism as described above, the words spoken are the same as in an ordinary baptism. However, in a conditional baptism, all persons present understand that the rite might not be a an actual baptism because such an event has already occurred previously. Thus, no previous, licit. but unknown prior baptism is repudiated by anyone participating in the conditional rite.

If something similar were practiced by (actual or virtual) Baptist church officers, they relieve the person who was baptized as an infant from repudiating what his conscience acknowledges as a prior, valid baptism. Of course, if the most recent rite requires the person being baptized to make a public, express repudiation of a prior rite, then a conditional baptism as described will not solve the problem.

Moreover, in a conditional baptism, the Baptist church officer is relieved from acknowledging as valid what he deems to be an invalid baptism. All present leave it up to our Lord to judge if, when, and how a licit baptism was performed, while all involved agree that a licit baptism was (or is being) performed.

Fascinating, dear brother. A great proposal for us to think over and consider. Love,

The deacons were happy to baptize them properly, as they thought, but said they’d still not be allowed to commune because they were being baptized from a desire for church unity rather than conviction that it was necessary and right, Biblically.

There are two closely-related issues that are still different:

There are paedobaptists who have been baptized after faith, either in a momentary fit of credobaptism or because they were never baptized as children and came to faith as adults.

It’s probably worthwhile for churches to think carefully about that distinction.