Calvin and the Apostles’ Creed

I’ve been studying the part of the creed speaking of the descent into hell. I can’t find any evidence for Calvin’s view prior to him and really any reason why he rejected the more traditional view. Do you know why he rejected the view that Christ went to Hades?

@acmcneilly, any ideas on this?

I don’t know the answer to your specific question, but I do know that Wayne Grudem also believes that Jesus did NOT descend into hell. He has a fairly extensive treatment of it in his systematic theology.

Grudem’s position is very different from Calvin’s. Calvin interpreted it a certain way, but Grudem rejects the historic creed, no matter how you interpret it.

Sadly Grudem also rejects the eternal generation of the Son found in the other great creeds. I don’t see any reason to reject the creed and could t understand why Calvin redefined it.

The complete rejection of the line “he descended into hell” far predates not only Piper and Grudem, but Calvin as well. Calvin himself acknowledges that it was probably a late addition to the Creed, and that it has been much disputed (Institutes 2.16.8). Apparently, Augustine does not even address “he descended into hell” in his sermon to catechumens on the Creed (McNeill, n. 16 in Institutes 2.16.8)

Calvin sums up why the line should be included by asserting, “it reflected the common belief of all the godly; for there is no one of the fathers who does not mention in his writings Christ’s descent into hell.” He then acknowledges that the fathers’ “interpretations vary,” which is where much of the difficulty comes in.

If by “Hades” you mean the nether world, Calvin’s rejection of that seems to flow from a covenantal understanding of Christ’s redemption of Old Testament saints. In Calvin’s view, they did not need to be freed from some sort of prison because they truly believed in the promised Christ, and were therefore truly redeemed. To believe that they were held in some kind of prison would be “childish” (2.16.9).

It’s possible Calvin saw this understanding of Hades/Limbo as going hand in hand with other sophistical Roman Catholic understandings of concepts like purgatory. Calvin would much rather work from what God has clearly revealed to us in Scripture, rather than import contrived meaning into unclear passages.

The complete rejection of the line “he descended into hell” far predates not only Piper and Grudem, but Calvin as well.

Thank you brother for your response. I think this is a misnomer though. Once the Creed was established there was no one arguing against this line. Rather the Apostles’ Creed developed from an earlier creed which was shorter. Other additions to it include the communion of the Saints and the maker of Heaven and Earth. Ruffinos who gives the earliest use of the descent clause said that Rome did not have it but that it was assumed under the burial clause. Not that it and the burial clause are synonymous but rather what the descent clause meant was assumed by earlier Christians when they confessed His burial. As Calvin said is is almost unanimous that the fathers spoke of the descent prior to its addition to the creed. There is a really powerful sermon from an early church father that describes Old Testament saints seeing the Messiah incarnate for the first time as He shared in death with them.

Anyways it appears the addition was added to combat a Christological heresy Apollonarianism. That was the belief that Jesus only had a human body but not a soul. It was the ghost in the machine kind of view. The descent clause makes it clear that Jesus was fully human, body and soul, and that he fully experienced death, his body in the grave and his soul to the place of the righteous dead. There is ample biblical evidence for this but especially Acts 2. “His soul was not abandoned in Hades.”

Obviously I don’t think that limbo or purgatory are necessary here. I knew Calvin’s view but there wasn’t much reason for it in my opinion. I wish he had left more writing on it. I always hate to disagree with him but I think he was wrong here.

But Hell is not the place of the righteous dead. So are you saying we simply mistranslate it in English?

And if it only means He went to the place of the righteous dead, then it can have no connotation of bearing the wrath of God, which has been my understanding of that phrase’s (“descended…”) primary meaning. You disagree?

You’re right I shouldn’t have phrased it as the “rejection” of the line when referring to its lack of inclusion before the Creed became more standardized. It’s still my understanding that its inclusion has been debated throughout church history, including at least during the Reformation and today. Perhaps only at those times. I’m not sure.

It’s certainly powerful imagining OT saints meeting Christ after His death. However, that doesn’t mean that’s what happened. Interestingly, I think that’s the kind of thing that for Calvin would fall into the category of vain speculation, which might contribute to his denial of it.

I’ve been pretty satisfied with the understanding that Joe Rigney laid out here. 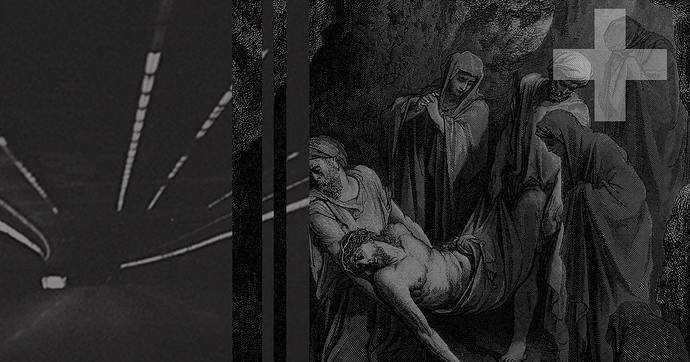 He Descended into Hell?

Where was Jesus after Good Friday? Becoming like us in every way, Jesus’s spirit went to Hades — not to suffer but to open the way to heaven.

But Hell is not the place of the righteous dead. So are you saying we simply mistranslate it in English?

The word hell was used by the KJV to translate several different words and concepts. Thus it can mean:

The creed has never been understood except by Joyce Meyer to be referring to the 1st definition. Calvin taught the second definition but his view was novel and did not fit the order of the creed. His view that Christ suffered hell on the cross is true but that’s not what the creed was teaching. It is the third view that was universally accepted prior to the reformation and by Lutherans. It is also somewhat affirmed by the WCF catechism when it refers to the humiliation of being held in the power of death.

I think this obviously if not careful can become an object of speculations but I also think scripture teaches us this when Christ tells the thief on the cross that today you will be with me in paradise. It isn’t vain speculation to say that Christ was with his saints that very day in paradise.

That article is basically describing what I was trying to articulate

True. Not trying to question that at all.

I’m not personally settled on what I think about the state of OT saints before Christ. Calvin was probably the first person I read on the matter, so I gravitate to his view, but what Rigney describes is compelling and seems to help explain some otherwise hard-to-understand passages.

He descended into Hell

He descended into paradise

Edit: to be more clear, I just don’t see it. “He ascended into Heaven” comes shortly after in the Creed. They are distinct. Either I’m misunderstanding something about what you’re saying, or I just don’t agree.

This is fascinating, if true. Be careful not to oversimplify #2. “Extreme anguish” is an oversimplification of Calvin’s view. Hell is particularly suffering the wrath of God.

If what you’re saying is what the Creed means, would you suggest using a different word? “Hell” in modern usage pretty much universally means a place of torment for the damned.

I think you have to read Rigney’s explanation—that paradise is Abraham’s Bosom, where departed OT saints in comfort awaited the promised Redeemer.

Edit: And Jesus could have equally said, today you will be with me in Hell.

I assume what this view would say is that Jesus was graciously revealing to the thief which compartment of Hades he was going to, and furthermore that He would meet him there.

The Apostles Creed 11: He Descended Into Hades | Blog & Mablog

Sharing Options Contents Introduction: The Text: Summary of the Text: Distinguishing Some Terms: Symbolism . . . In the Old Testament Era . . . What Did the Lord Do While There? He Holds All the Keys: That at the Name of Jesus: Introduction: And so...

Doug Wilson is helpful too