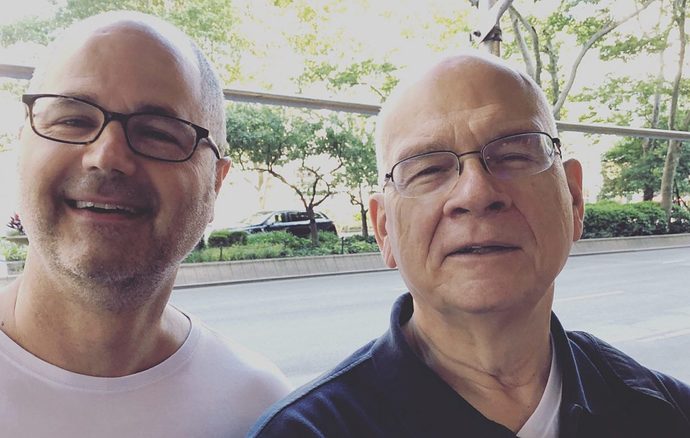 Some group of liberals in the PCA joined together to wrote an open letter calling for those in their denomination still holding to Scripture’s doctrine of sexuality to stop persecuting them and just make nice. In anticipation of their general...

I shared that website with a friend a few days ago, who is an inactive elder in the PCA. His response….

“ "Kennedy Smartt, one of the PCA’s Founders, notes in his book, I Am Reminded, that when he polled a number of Founders back in the '70s, he found only one or two advocating a strict subscription denomination. Most cared about orthodoxy, Sola Scriptura, gospel-orientation, and evangelism.*

That was actually a very true statement. The PCA was never a confessional denomination. Good Faith was the practice long before it was the law.

Many of these men are products of the RPCES which came into the PCA in 1982. The Missouri Presbytery and Covenant Seminary are former RPCES. The RPCES declared SSA to be the product of the fall but not sin per se in a study back in the 70s. This is not a new thing.“

Strict subscriptionism strikes me as the engineer’s method of keeping a denomination pure.

Strict subscriptionism is inevitable. The question is not whether but which. In my experience I have found that many men have two confessions: one written which they “subscribe” to but often not fully or strictly, and another unwritten which they get to keep for themselves and are often strict subscriptionists to which just so happens to contradict the first confession at various points. i.e. “I subscribe to the WCF and I am in the CREC” or “I subscribe to the WCF but the Lord’s Day is adiaphora.” Sorry, that dog don’t hunt. Make a new confession, edit the sections on government and the moral law, and call it something else. At least be honest like the congregationalists and baptists. Church discipline must have a common confessional standard. But if you allow this and that exception and discrepancy, upon what basis do you discipline? Unless of course you have your own form of a gentlemen’s agreement, i.e. “we won’t discipline for x, y, or z, because we will relegate that to liberty, even though it’s obvious one of us is wrong.” Granted, there may be (many) issues worth disciplining over not covered in the confession. But I have to disagree. Strict subscription, which is one application of 2 Timothy 1:13; 2:2, etc., is a good front door check in many ways. Take your air filter off your car. Give it some time. See what happens. There’s a reason an engineer designed it that way.

Sorry, brother, but we really disagree. I’ve been in RCA, PCA, PC(USA), and OPC churches, and what matters is never how strict the subscription is, but whether men are willing to question, argue, and discipline one another. And that’s a joke now in the OPC as well as almost always and everywhere in the PCA.

Subscription has never protected a denomination from what, for instance, we see happening in front of our eyes in the OPC. Where do the Westminster Standards say anything about Aimee Byrd?

There’s nothing prohibiting women from ruling over men—even in the church*—anywhere in the Standards of the OPC. I had the PCA’s stated clerk tell me feminism could never be disciplined in the PCA until the Standards were amended.

Then, of course, we see how the libs in the PCA claim their Revoicers are not in violation of the Standards! We have pointed out repeatedly what a howler this is given the Larger Catechism on the 7th Commandment. Of course Missouri Presbytery didn’t respond, but the telling thing is that NO ONE even among the most strict subscriptionists of the PCA ever responded.

Again, look at Federal Vision: roundly condemned on the basis of the Westminster Standards in many Reformed denominations, when it got back to the personal presbytery level, lo and behold, every F-V man was either left alone, or tried and acquitted (Leithart and Meyers, for instance).

Discipline is dead, not because we don’t have a basis for it with strict subscription, but because no man will say “no” to anyone any more.

Doctrinal authority without personal authority is bankrupt everywhere today. Which really means no authority. Discipline almost always flows from leaders and almost never from nitpickers, which is inevitably what strict subscription men end up being. What stories I could tell, but I’ll let it rest. Love,

I’m with you that discipline is a problem. Beyond Revoice and Byrd and Moore etc., I’ve seen it three times now in pronounced ways, in a Calvinistic SBC baptist church, in an independent baptist church, and also in a PCA church. You counseled me by phone about the first. And you diagnosed the problem—men who can’t say no—within ten minutes. We have since left the church and hear from others it’s still an issue. So on that we are agreed. My pushback was against denigrating subscription. Given what you’ve said, I think I misunderstood the point Andrew and Ben were making. If so, that’s my fault.

I really don’t mean to denigrate subscription, but to make the point that it’s a help without being the solution. Love,

The concept of strict subscription makes me chuckle a bit when I think about the radical array of diversity I’ve seen in how reformed men interact with sabbatarianism. This example alone is enough to persuade me of the inadequacy of subscriptionism, and the need for real life men to interact with real life situations in the life of the church.

I appreciate the discussion of subscription.

One of our medium term projects at church is to have our own confession or shift to the LBCF. Currently we use the SBC Faith & Message and TGC Foundational documents and they’re just not adequate (especially given that both are active parachurch ministries and subject to change). But we’re better off being faithful to those than unfaithful to another, more robust confession.

Is the LBCF or Westminster adequate as it relates to our society? I mean it seems they were swimming in Christian cultural norms and so a lot of obvious things are just not stated. If you wanted to have a Westminster 2022 where you add a bunch of recent stuff, maybe. But you’ve still got the issue of discipline.

and what matters is never how strict the subscription is, but whether men are willing to question, argue, and discipline one another.

I cannot endorse this point strongly enough. It matters not one frittered fig what sort of confession you salute. It can be as detailed and compendious as the Roman Catechism, or as brief (and deliberately vague) as the Thirty-Nine Articles of Religion at the back of the Prayer Book. If the presbyters are unwilling to discipline one another, much less the sheep, the confessional standards are meaningless.

I got thrown into the deep end of the swamp in my first pastorate 42 years ago. An elder was sleeping around and gave his wife gonorrhea. She appealed to me and to one other elder to discipline her husband. Not one of the elders was willing to confront the man face to face. It happened again, and this time it was improved - ONE of the elders went with me to admonish and exhort the offender.

My conclusion from those episodes is that “confessions” are simply stage props. If elders will not corral open sexual sin in their own ranks, there is nothing they will discipline.

Why? Our Lord knows, and He will reveal it at the Doom. My guess for now is something so banal as cowardice.

All those criticisms are true and fair except to say that the letter from all those men caving is where the case was made that they were not in favor of strict subscription, and is the basis for their inaction against TE Greg Johnson. So I don’t want to find more fault with one man’s response in opposition than with the initial argument. But I’m glad sharing his remarks got the juices flowing over here.

In terms of church discipline, what is telling is to see for what offences pastors will exercise disciplinary authority. Two cases I know of:

In either instance, the exercise of this sort of discipline was, from what I can see, quite exceptional. The lie of the land here (the UK) is that people have moved on from churches by the time elders/pastors are in a position to act.

I think then we don’t disagree. The first paragraph I quoted which mentions strict subscription was itself quoted directly from the public letter.

I suspect that we are all in agreement that the liberals use the supposed threat of strict subscription as a canard to defend their inaction in the face of heterodoxy.

The elder I was speaking with was just stating that it’s true the denomination wasn’t founded on strict subscription and his belief that it was enabling of their acceptance of heterodoxy, giving the acceptance of compromised denominations into the PCA as examples.

But this is all a bit above my pay grade. Still looking for an “orthodox” church that will have me that isn’t the very kind of church you are rightly calling out. Please pray for me and my family.

If elders will not corral open sexual sin in their own ranks, there is nothing they will discipline.

Oh my! Quoting myself!! Must be the end of the empire.

I ran across this little snippet this morning, which reports that the US Conference of Catholic Bishops will not vote on whether to withhold communion from pro-abortion Catholics.

This is a snarl that has become intractable in the Roman hierarchy. Its canon law is crystal clear, that to secure, procure, or to aid and abet an abortion puts one into immediate excommunication, without any need for ecclesiastical procedure. On the other hand, JPII - arguably the Roman’s best pope in a millennia - on his visit to the US did not turn away a single pro-abortion politician at his masses, many such politicians quite vocal and aggressive in their support for abortion.

Meanwhile, the sexual scandal rife in that church - particularly among the ranks of its clergy - matches the same situation in that first, roguish congregation I tried to lead: if presbyters will not discipline sexual sin within their own ranks, there is nothing that they will discipline.

Now that I think of it, this is where the PCA is right now! With Elder Johnson and Revoice permitted free rein within the counsels of the PCA, there is nothing that the PCA will discipline.