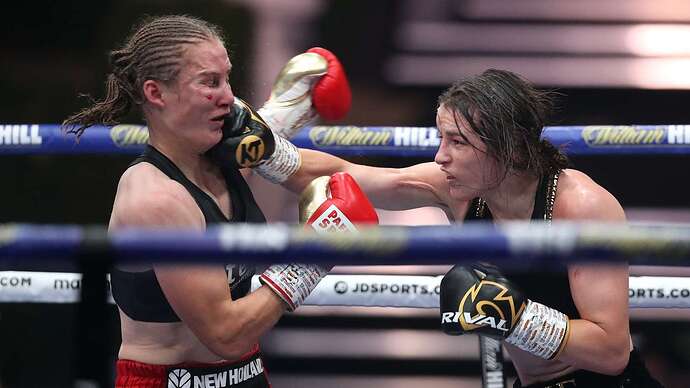 When I saw the headline to your post, Pr. Tim, I wondered immediately if a trans-woman had just been posted to an NCAA women’s basketball team.

Turns out, as I read, that this was not a new thang about which you were speaking.

But wait! With all the successes that trans-woman swimmer has had in NCAA women’s swimming lately . . . well, can NCAA womyn’s basketball be far behind?

I just noticed the trend of womyn’s sports being shoved down our throats this March Madness. I, like millions of Americans, indulge in the pastime of bracket-making every March.
Anyway, I get notifications about games and who’s winning and what the big upsets are. This year, ESPN has decided to give notifications for all games, regardless of division. More than once, I’ve looked at the notification and thought, “Huh, I had no idea those teams were playing”, only to realize that I was reading about a womyn’s game.

Should the title of the new article be changed, since it’s not really about Womyn’s basketball any more?

I thought about it but decided to leave it alone. Women’s ncaa bb is the reason for the season… Oh well, I added to it

Well, there’s soccer, and then there’s soccer. For years our church played soccer together each week, with boys, girls, young men, young women, and even little children out on the field together, but it was a different thing entirely than women’s travelling soccer clubs and women’s collegiate soccer; and it was a whole different world than the US Women’s National Team.

Intramural and recreational games played by women, or women and men together, are not what I am talking about, here; although those things present many occasions for sexual sins which must be guarded against.

I appreciate this discussion.

Our church has the wonderful, terrifying problem of having many children, many of whom are nearing or entering puberty.

Historically, it’s been commonplace for children to run around outside and play soccer or basketball on Sunday or Wednesday evenings – often with little supervision. However, as children grow, wisdom demands that a new cognizance needs to grow among the adults. It’s one thing to have your 6 year old daughter kicking a ball around with a mixed swarm of 3-12 year old boys and girls. It becomes something different – if left unguarded – to have your 9 or 12 year old daughter playing basketball with 14 and 15 year old boys.

There have been some situations at church where I have forbade my 9 year old daughter from playing with the boys, and other situations where I’ve allowed it. Sometimes, frankly, it depends upon which boys are playing, what they are playing, or even how close to sundown it is. Regrettably, in her young mind, I don’t believe she understands my reasoning to be anything more than arbitrary, but I think she generally trusts Dad’s judgment on the matter.

Thank you so much for writing this, Tim. So…HELPFUL!

Im sorry to have missed your earlier piece.

A silver lining of the trans movement is that it may hasten the end of certain inappropriate women’s sports, like basketball. I say this as many people share the “Mia Thomas” story. While a man whupping up on the female swimmers is immodest and absurd, the whole concept of high level female athletic competition is immodest because of the means and ends of it vs the means and ends of man and woman.

But its one thing to say it here. In Christian schools and among our family and friends, we must be unafraid to state the obvious and defend normalcy. There is nothing so thrilling today as defending normalcy.