Men and women: the state of our disunion (II) 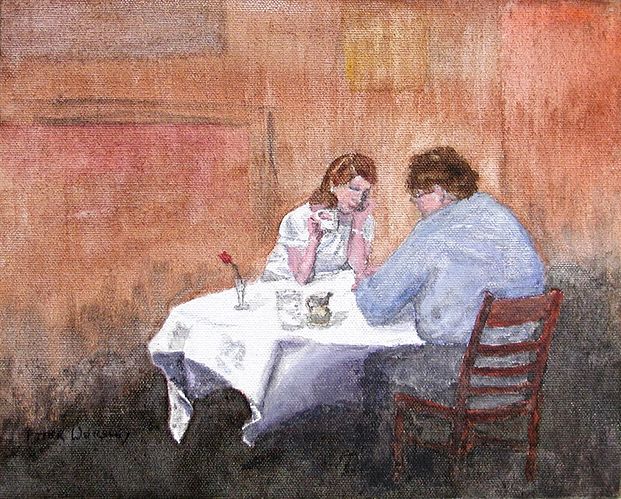 Men and women: the state of our disunion (II) - Warhorn Media

When God finished His creation He pronounced everything “good.” Everything except, seeing Adam, He declared, “It is not good for the man to be alone.” Adam’s aloneness was not good, so God created a helper suitable for him. Her name was Eve. Her name...

Thanks for this series. It speaks powerfully to my conscience. I am convicted to take responsibility and repent of bitterness. As you noted, many of us learned to shirk responsibility from our fathers. How can we unlearn? Is there a place for expressing suffering without bitterness or blame?

Is there a place for expressing suffering without bitterness or blame?

There is, but Job’s example reminds us that it is easier said than done. As I once heard a counsellor put it, “Self-pity is grief gone bad”.

Jesus weeping at the tomb of Lazarus (the cross, too, but that is far more difficult to relate to, I think) shows us an example.

Calvin remarks that the difference between the suffering of Jesus and our suffering is that it was submitted to God and didn’t go unchecked. I think we first learn to live with our unchecked suffering/grief and then put it to use…to manipulate others. We learn there’s something to be gained from it, even if it is only pity.

It will perhaps be objected, that the passions of men are sinful, and therefore it cannot be admitted that we have them in common with the Son of God. I reply, there is a wide difference between Christ and us. For the reason why our feelings are sinful is, that they rush on without restraint, and suffer no limit; but in Christ the feelings were adjusted and regulated in obedience to God, and were altogether free from sin. To express it more fully, the feelings of men are sinful and perverse on two accounts; first, because they are hurried along by impetuous motion, and are not regulated by the true rule of modesty; and, secondly, because they do not always arise from a lawful cause, or, at least, are not directed to a lawful end. I say that there is excess, because no person rejoices or grieves, so far only as is sufficient, or as God permits, and there are even some who shake themselves loose from all restraint. The vanity of our understanding brings us grief or sadness, on account of trifles, or for no reason whatever, because we are too much devoted to the world. Nothing of this nature was to be found in Christ; for he had no passion or affection of his own that ever went beyond its proper bounds; he had not one that was not proper, and founded on reason and sound judgment.

To make this matter still more clear, it will be of importance for us to distinguish between man’s first nature, as it was created by God, and this degenerate nature, which is corrupted by sin. When God created man, he implanted affections in him, but affections which were obedient and submissive to reason. That those affections are now disorderly and rebellious is an accidental fault; that is, it proceeds from some other cause than from the Creator. Now Christ took upon him human affections, but without (ataxia) disorder; for he who obeys the passions of the flesh is not obedient to God. Christ was indeed troubled and vehemently agitated; but, at the same time, he kept himself in subjection to the will of the Father. In short, if you compare his passions with ours, they will differ not less than pure and clear water, flowing in a gentle course, differs from dirty and muddy foam.

The example of Christ ought to be sufficient of itself for setting aside the unbending sternness which the Stoics demand; for whence ought we to look for the rule of supreme perfection but from Christ? We ought rather to endeavor to correct and subdue that obstinacy which pervades our affections on account of the sin of Adam, and, in so doing, to follow Christ as our leader, that he may bring us into subjection. Thus Paul does not demand from us hardened stupidity, but enjoins us to observe moderation “in our mourning, that we may not abandon ourselves to grief, like unbelievers who have no hope” for even Christ took our affections into himself, that by his power we may subdue every thing in them that is sinful.

Is there a place for expressing suffering without bitterness or blame?

My dear brother, I’m sorry, but maybe a better question would be, is there a place for suffering without expressing bitterness and blame? “He opened not His mouth.” Love,

The father in Mark 9.14-29 is a good example of this. He’s genuinely suffering, but he’s also giving his own temptation to unbelief a manly fight. Jesus’ response to him shows the value of such ‘suffering without expressing bitterness and blame.’

It’s hard to beat Mark 9.24 for an expression of true pain and yet real faith. ‘I do believe; help my unbelief.’

We could also look at the many OT examples of the ‘lament genre’.

That’s a good point, Ross. I feel quite a relief though listening and entering into those laments because of the absence of self-promotion in and through them. Love,

‘I do believe; help my unbelief.’

Yes. What an account! And the end… Prayer has been such a failure across my life. It’s hideous. Please pray for me. Love,