COVID retrospective: what has surprised you? 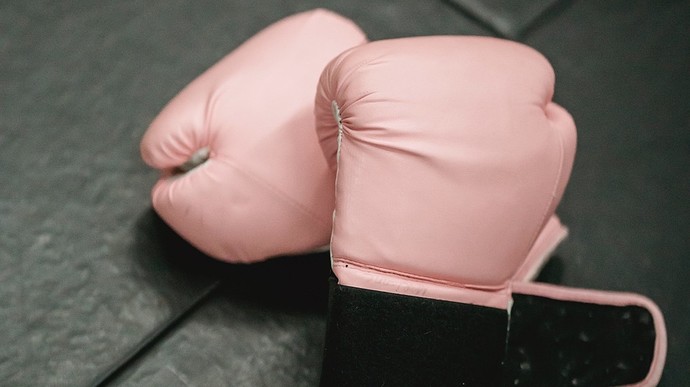 Especially the part about the vaxxed strip club. Good thing it’s safe in there!

Agreed. With 5 million people fully vaccinated in NJ, it would be a huge blow to my (remaining) trust in the medical establishment if they said no vaccinated people were dying. Depending on the vaccine, anywhere from 66-95% effectiveness obviously leaves many people still getting symptomatic Covid and some of them dying.

Meanwhile, 99% of those who died of Covid in June came from the 4 million who were unvaccinated. Also unsurprising.

Arizona has been a hard hit state. But with a population of about 7.3 million about 13% have ever contracted COVID-19, and just less that 2% of them died. Now we do know there are other complications that come with COVID-19, so that’s not the whole story.

But when we are talking about vaccinations, it’s a different story. There have been almost 26k hospitalizations associated with the vaccine. About 6100 led to permanent disability, and 5800 resulted in death. This means that while serious side effects may be rare (about 0.015% of all vaccinations) about 23% of those cases may result in death or permanent disability.

Now I pulled the reported deaths for every other vaccine since 1990 and the differences are astounding. There is no other vaccine with even 1/10 the deaths associated with it as COVID-19 has.

Just to be clear, those numbers are for the whole US, not just Arizona, right?

I found a list of numbers of things that they have found, but I didn’t see any report of number of permanent disability. (Nor did I see a report of number of deaths caused by the vaccine. It seems like yet another place where we get to decide what to make of the data, which we will all do based largely on our own prior beliefs.)

Yes, that report was for the entire US. But what is interesting is that the number of deaths for all other vaccines since 1990 still don’t make up the majority of reported deaths associated with a vaccine. My conclusion, is before we get on to the mandatory vaccination bandwagon, we ought to demand a vaccine at least as safe as the other vaccines that are frequently required.

Here are the references for hospitalizations and permanent disabilities, directly from the CDC’s VAERs database.

Just about every page on the VAERS site contains something to this effect:

“A report to VAERS generally does not prove that the identified vaccine(s) caused the adverse event described. It only confirms that the reported event occurred sometime after vaccine was given. No proof that the event was caused by the vaccine is required in order for VAERS to accept the report. VAERS accepts all reports without judging whether the event was caused by the vaccine.”

Given the amount of publicity surrounding covid vaccines, one might expect to see a higher number of reports than for other less-hyped vaccines. How many people outside the medical field even knew that VAERS existed, let alone would have submitted a report, prior to covid?

I don’t know for sure, but I suspect that VAERs forms are submitted by medical professionals, not just by any person with a laptop.

The disclaimer does not actually minimize the significance of anything in the query, because it is only stating the obvious, that the database reports events of association, not finding of causality.

What I found interesting was how many people (over 1700) died within 3 days of taking the vaccine. This is simply not found in any of the other vaccines reported through VAERS.
Death within 3 days of COVID-19 Vaccine.pdf (71.2 KB)

Obviously, many who have gotten the covid injections would prefer to believe the claims of the pharmaceuticals that the shots are very effective and of course, safe. That’s understandable. But hopefully, if the dangers to these injections become conclusive, Christians would be the first to love their neighbors and not be afraid of going against the narrative.

Given the amount of publicity surrounding covid vaccines, one might expect to see a higher number of reports than for other less-hyped vaccines.

How much publicity has there been about possible adverse responses to the vaccine? For a typical American, getting news from the corrupt legacy media and governmental officials (left, right and center), has there been any other message other than “the vaccines are safe and effective and everyone should get one”? If a physician sees a bizarre miscarriage shortly after the mother received a Covid vaccine, how much incentive is there to report that to VAERS rather than chalk it up as a genetic abnormality or some other cause?

I have heard testimony that all of the incentives are for physicians to believe the vaccines are safe and effective and not to report to VAERS.

How much publicity has there been about possible adverse responses to the vaccine?

I’d say plenty, from where I sit.

The more obvious question is what other vaccine besides the flu vaccine is given to every old person? I can’t think of one.

The more obvious question is what other vaccine besides the flu vaccine is given to every old person? I can’t think of one.

Yes, the denominator on the Covid vaccine is enormous. I’m not sure there’s ever been a vaccine rolled out this fast. The only thing I can think of that’s been comparable is maybe Polio. That is certainly at least partly responsible for the large number of adverse responses.

But Frieda, we have to think about the real cost of fomenting disrespect and rebellion against public health authorities, also. Loving our neighbors doesn’t just include our best (maybe somewhat informed) guess at what best practices should be inoculation-wise, but knowledge that God requires us to honor the king and his magistrates. I wish sometime somewhere among us, I’d hear a guy or gal warning us against being loose with our tongues in such a way that to breaking the Fifth Commandment. Love,

PS: Two days after my first dose, my dear wife forced me to get in the car and drive 45 minutes each way to get tested. She was right. I had Covid.

Jim Geraghty from National Review has been doing a lot of good work covering Covid for the last year and a half. What I have heard him say via podcast (or was it an article?) is that vaccinated people who get Covid experience milder symptoms and do not end up in the hospital.

It looks like you have been using VAERS data, so you should have agreed that you understand this statement: " * The number of reports alone cannot be interpreted or used to reach conclusions about the existence, severity, frequency, or rates of problems associated with vaccines." However that seems to be exactly what you are doing.

When vaccine distribution was being planned there were some who argued against prioritizing the elderly, precisely because if you vaccinate people who are near their end of life a significant number will die soon after receiving the vaccine, providing an opening for vaccine scepticism. To belabor the point that Joseph already made, Covid vaccines were first targeted to adults, and elderly adults at that. Who gets most of the other vaccines? Children, who in our day do not die in large numbers. And why are children less likely to die? Because we now have vaccines for “childhood diseases”. In my family tree, just a few generations back, there is a mother who buried 12!! infants and small children. Has God been kind to our generation? I’m thankful that my children and grandchildren have been spared from that.

The number of reports alone cannot be interpreted or used to reach conclusions about the existence, severity, frequency, or rates of problems associated with vaccines.

How are we supposed to understand causation without first observing correlation?

Because VAERS allows anyone to report possible side effects from vaccines, it includes reports that might or might not be caused by vaccines. VAERS is not designed to identify cause and effect. VAERS reports alone cannot be used to determine if a vaccine caused or contributed to an adverse event or illness. Some reports may contain information that is incomplete, inaccurate, coincidental, or unverifiable. Most reports to VAERS are voluntary, which means they are subject to biases. Data from VAERS reports should always be interpreted with these limitations in mind.

Vaccine manufacturers are required to report to VAERS all adverse events that come to their attention.

Online reporting is strongly encouraged. Please report clinically important adverse events that occur after vaccination of adults and children, even if you are not sure whether the vaccine caused the adverse event.

Knowingly filing a false VAERS report is a violation of Federal law (18 U.S. Code § 1001) punishable by fine and imprisonment.

Just because causality hasn’t been proven doesn’t mean the information is unrelated or invalid.

I’m not going to argue the point any further.

Think of this as a scientific hypothesis. “The Covid vaccines cause unintended negative side effects to the health of an unacceptable number of the people who receive it.” Now, if we wanted to falsify his hypothesis, how could we use the VAERS data to do that? Well, if the hypothesis were false, we’d expect the VAERS data to show very few adverse reactions.

At first glance, the VAERS data shows many adverse reactions, not few. Now, it’s possible that there are lots of good reasons for that, but I haven’t seen any of them. Therefore I consider the hypothesis to still be a possible explanation of what I see going on around me.