Senator Todd Young has thrown his support behind an act ironically called the “Respect for Marriage Act”.
Here’s a link you may use to contact the Senator and voice your concerns if so inclined: 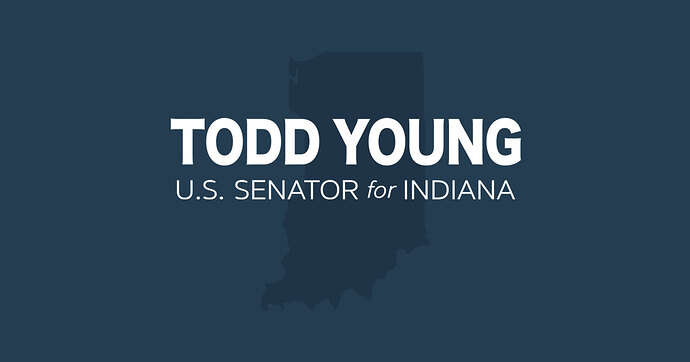 Aaron would you post here what you sent him. I thought it would encourage the men here.

Senator Young,
as an Elder of Sovereign King Church in Jeffersonville, IN, I strongly condemn the vote you cast to give aid and comfort to a lifestyle which has served to erode the moral fabric, familial foundations, and societal cohesion, in every place in which it has taken root all throughout history, that of homosexuality and all its attempts to distort God’s good design.
Marriage is a sacred institution, a picture of Christ’s relationship to the Church, which you have with one stroke of the pen tarnished, diminished, and contributed to the mockery of.
You promote the destruction of men and women’s souls, bodies, and minds with your support of homosexual “marriage”.
You put children in harms way with your support of this mirage, which calls lust, and animalistic passion, love.
You continue the cycle of violence, drug abuse, and suicide among this community by giving it support. Rather than speak truth and behave as an adult, making adult decisions, you have caved to an unhinged mob of sexual deviants who WILL NOT STOP until the normalization of sex between adults and minors is achieved.
Lastly, as if the societal damage you have promoted isn’t enough, your position is an offense to God, as you call what he has deemed abominable, a good for society.
Repent sir, lest you perish.
Aaron Sabie

I just saw this morning that both of my Ohio senators supported it as well. So very sad.