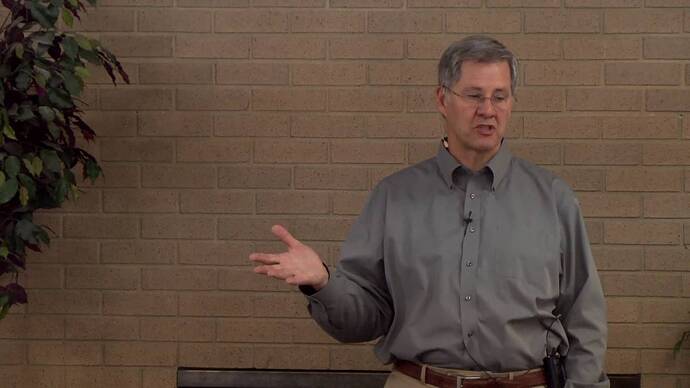 …just as Sarah obeyed Abraham, calling him “Lord,” and you have become her children if you do what is right without being frightened by any fear. – 1Peter 3:6 Bill Mounce is a scholar who taught New Testament at my alma mater, Gordon-Conwell...

Thank you till sparrows weigh a ton, for republishing this. Its applicability within “down in the trenches” evangelicals is rich with significance. Time (the passage of nine years?) is proving that the poisons distributed by compromised and compromising leaders within Evangelicalism are having all the effects you warned about when this was first published.

I returned to the States from Europe in 1987. My foreign sojourn was not long - just four years. But, on my return I noticed two things (1) the birth of CBMW, and (2) the rampant dissembling about the Bible’s patriarchy among local church leaders across the land. Add to this the overt rejection to publish our books and curricula, a rejection in two cases that came from the heads of publishing houses catering exclusively to an evangelical market - Crossway and NavPress. They admitted (in much soft language) that they’d lifted a wet finger in the air, and they had discerned that religious feminism was the wave of the future.

Much love in Him,

Fr. Bill, you and Barbara have been a huge portion of support and inspiration to every one of us who loves God’s Fatherhood, you’ve done this for decades. You were an inspiration to me back when I took on being the Exec. Dir. of CBMW in 1996 or 1997. You were sanity standing just outside, in both support and judgment of CBWM’s complementarians, and I loved you for it then, as I still love you for it today.

Respectfully, with deep affection in Christ,

Still, a good number of complementarians (including high-profile scholars like J. I. Packer) are happy for women to preach in corporate Lord’s Day worship so long as their preaching is under the authority of male elders who (they assure us) stand over her and supervise her doctrine.

Or for her to preach a sermon on the Lord’s Day as long as she doesn’t stand in the pulpit and nobody calls it a sermon.

complementarians only draw the line when it comes to taking a vote on the discipline of doctrine or morals in an elders meeting.

But since they have invited women into the elder meetings to “provide needed perspective,” who will dare to vote against the desires of the women present? Those poor, voiceless women who have no vote in this patriarchal, I mean complementarian world?

Dr. Mounce delimits our choices to “raving liberal” or “complementarian.” He tells us he’s not the first, but the second.

I’m really struck by how common this play has been in my lifetime across the range of American institutions: Establish the center of intellectual gravity at the left end of the right wing. Ensure that that center holds things like “respectability” in high regard. Ensure that the center vigorously polices the people to its right. It’s been the same playbook over and over again. I don’t want to crank my tin foil hat down too tightly but I have seen enough evidence of these centers (though not CBMW in particular) having been funded by my religious and political enemies that I hold suspicions about every single one of them.

I would see it as a failure to lead on my part.

If you look up “holier than Thou” in the dictionary, I think this is what you find. It is a shame upon our people that we do not even blush when we condemn our fathers.