All the World's a National Institute (for Coordinated Experimentation)

Bear with me in a bit of crazy, in thinking about the post related to how COVID expectations have panned out for everyone I thought about starting a brand new thread with a few other thoughts on related matters. I spent some time re-reading the OP in that thread, many of the earlier ones and the more recent ones. I realized in reading again the beginnings of the discussion how entirely unsurprised I felt about many of the things that seemed to be most surprising to many others. This made me feel like a weird outlying bit of data more than usual! There have been numerous things that have surprised me since late 2019/early 2020 but the responses by governments to COVID or responses by citizens to COVID or the longer-lasting nature of “the” pandemic haven’t really been much outside what I was expecting. If anything, I was expecting a faster development of chaos in the world. I’ve been pleasantly surprised in a number of respects.

I think there are good reasons for my mis-apprehensions and have tried to re-adjust my thinking and learn where appropriate.

Regarding the Sars-Cov-2 virus and resulting planetary pandemic, I believe the most likely scenario is a form of engineered virus, released as a biological pathogen in furtherance of irregular warfare on a worldwide level. I also believe that while the Chinese government is highly involved as a malevolent participant in said warfare, their national government is only a participant and isn’t the most primarily responsible agent for either the ultimate planning or execution of such a set of acts. I believe there are very distinctly longer-term pre-existing goals for fundamental transformation of human society, activity and even biology (with even more extensive and deeply evil goals regarding human transformation) that the present crisis is serving the implementation of. Serving, not as a matter of taking advantage of circumstances combined with mismanagement but as an essentially planned set of events. The many actions in response haven’t ended because despite the many medical realities, the responses were the fundamental goal to begin with.
I also believe that there has been extensive mitigation of many aspects of such planned events, likely including some of the worst immediate aspects that has served to substantially set back the intended implementation of very wide scale societal, economic, governmental, and even human biological and (attempted) spiritual transformation.

I could try my best to elaborate on my thoughts regarding the nature of such programs of transformation. I could try my best to explain how and why I hold these views and why I believe the present worldwide health and virus situation is highly and intentionally related. I don’t know that such a discussion always works best on the internet and, hence, don’t want to clutter things up with what might sound a bit crazy or extreme although that’s not at all my mindset. Some of the details are maybe what could develop in interactions on a thread like this, if deemed appropriate. Otherwise it runs the risk of sounding like a stereotypical nutty manifesto: Also, the manner I think discussions about such topics can be held is actually very far from crazy or extreme despite how they’re often undertaken in the broader culture (and particularly the broader culture of such “conspiracy” related topics.) I also believe they can be undertaken with the utmost of Christian charity (even great cheerfulness

) and scripturally oriented respect for authority in the civil (or any other) realm and that for a Christian they must be. But I think they must be actually undertaken and not dismissed with the ease that is typical (and oftentimes very understandable) in the history of such topics.
It is these sorts of thoughts that partly underlie my raising of terms like “conspiracy theory” or related ideas in the COVID expectations thread and not a desire to be a controversialist just for the sake of it. Not that I view myself as much of a controversialist anyway, but then again what true, noble or sane thing actually exists and remains uncontroversial in our world today?!

As material for consideration and to try to help make some ideas clearer, I’ll post two videos that I can’t recommend highly enough. I’d be deeply interested in the thoughts or responses of the believing and Reformed Christian folks around these parts. Both are the work of Truthstream Media (Their exact worldview I’m not 100% clear on but I have tremendous respect for them and their work. Also, bear in mind both videos linked were produced in early March of 2020. The value of their contributions seems to bear up well under the intervening time and, I think, deserve consideration.) - Secondly, I’ll repost the links to the three part interview of Patrick Wood on the topic of “technocracy.” I find what’s said in them to be extremely valuable and relevant to what I’m trying to express here. I thought of them again when reading the excerpts from the WSJ op-ed posted recently to the COVID expectations thread. They’re also related to what motivated the thread title I chose. They’re full of some amazingly useful and thoughtful information. - Finally, I’m hesitant to bring up some of these topics. Not because I don’t think them to be valuable to discuss or because of fearfulness of reaction to them, but primarily because there really are so many pitfalls to said discussions. I could and have been wrong about all kinds of things. Topics involved can be rife with confusion and passion. That doesn’t mean there aren’t significant truths available to learn about. The internet makes some of the problems of these discussions worse and there has been very advanced weaponization of the way in which those sorts of phenomena occur. One relevant topic is actually how such intentionally developed weapons have been very intentionally deployed on American society. I believe we’ve been living in the midst of actions that have taken to pieces other countries in ways that are provably purposeful. It truly is irregular warfare.
But even more important to me is the type of pitfall that is spiritual in nature. As strong of an assessment of things as active worldwide irregular warfare, intentional bio-weapons, and conspiritorial viruses might sound, I really think some of the threats or things involved go far deeper. To me, the events of our recent times have a distinct sort of feel: 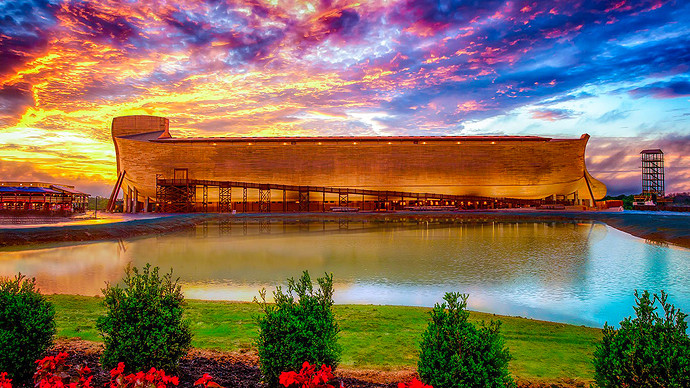 “This is like the days of Noah to me: as I swore that the waters of Noah should no more go over the earth, so I have sworn that I will not be angry with you, and will not rebuke you. For the mountains may depart and the hills be removed, but my steadfast love shall not depart from you, and my covenant of peace shall not be removed, says the Lord, who has compassion on you.” Isaiah 54:9-10

This is my greatest motivation for carefulness in discussion but also gives me much hope despite the nature of the subjects involved. I don’t cite the passage above to try to apply it outside of context to our present day but within context it comes among so many promises of redemption amidst judgement. They are promises based on the sureness of what God has promised before, whether to Noah or in the surrounding sections of Isaiah. Redemption amidst judgement is something I long to think about the Lord’s promises for, particularly after the last year and a half. If our own “COVID era” (far from over in my perspective) becomes an increasingly crazy period of judgement than I plan to look all the more fully to His promises regarding just that type of redemption. Even if the judgement comes via the means of very real conspiracies.