1 Cor 11:10 Exegetically understanding "exousia/authority on the head". (It is neither man's nor woman's authority)

Yes I think it was @Fr_Bill who had the shawls at the back of the church.

I was likely the one who mentioned a Christian denomination/community which had shawls at the back of the church. We never had such while I was Rector of St. Athanasius Anglican Church.

I was likely referring to the churches in the communities of Woodford County in Illinois, where my wife’s father and his ancestors lived. They styled themselves Apostolic Christians, an Anabaptist group from Switzerland. My father-in-law’s grandfathers/uncles immigrated to that part of Illinois in when it was mostly swamp and bog. They knew how to drain such land, so they purchased many thousands of acres of it for a song, drained it, and made their fortunes in agriculture - not mega rich, of course. Just very prosperous.

When my wife and I visited that area about 20 years ago, we noted that the AC women in the community still covered themselves in public. Their hair would be gathered into a bun at the top/back of their heads, and that bun was then covered with a smallish “cup” of cloth.

The covers the women wore during worship were standardized in size and shape - bands of cloth about 3 inches wide and 20 or so inches long which they draped side-to-side over the top of their heads. The standardization went a long way to frustrate any notions of showiness or fashion.

It was some of these bands which their church buildings had at the entrances for the use of visiting women who ordinarily did not practice this custom, or for women who inadvertently forgot the standard covering when rushing out to worship in a crowd of their own children.

At St. Athanasius, covering was never “enforced,” Most women and girls covered, but women who settled in with us would soon adopt the custom on their own. Interestingly, it was the girls who seemed eager to cover.

There are 2 separate issues at play, but they are related.

I take the same position that Dr. Mcfall takes in his work “Good order in the church”; that is, that the context of the first part of 1 Corinthians 11 is not limited to the public gathering. That is, when we walk outside the walls of the church, the headship of man does not disappear, and both men and women pray in and outside of church (daughters prophesied at home in the NT). Therefore, whenever a man is praying he is to have his head uncovered and whenever a woman praying, her head covered. Wherever.

I experienced this culturally growing up in the south. At high school football games, we’d all say a prayer and the men were asked to remove their hats. At the time for me, it just seemed like a custom. Now I wonder why women weren’t asked to don a tichel.

In our day-to-day life, my wife has found it easier just to put a scarf on in the morning when getting dressed. That way you are covered wherever you in case there’s an opportunity to pray. When this sort of thing starts to happen, after not too long a time it becomes customary to see women with their hair covered in public, and to see one uncovered becomes the unusual thing.

That’s the kind of society Calvin lived in, and the kind I’d like to live in. Of course if a woman has to go out without her shawl on, it is no sin. Calvin addresses this directly in the institutes and he says it’s obviously not a sin since her religion is not in her scarf. “What if she hears someone drowning outside?” Calvin asks. “Should she put on her scarf”? No, just run out and save the drowning man.

This public covering of the head held in America until feminism drove it out, my great-grandmother in the deep south being one of the last holdouts. I’d like to see a return to such a culture.

From Calvin, for reference:

What? Is religion placed in a woman’s bonnet, so that it is unlawful for her to go out with her head uncovered? Is her silence fixed by a decree which cannot be violated without the greatest wickedness? Is there any mystery in bending the knee, or in burying a dead body, which cannot be omitted without a crime? By no means. For should a woman require to make such haste in assisting a neighbour that she has not time to cover her head, she sins not in running out with her head uncovered

Jason,
thankyyou for your reply where you say
“…exegesis . I think the issue is pretty plain in favor of head covering/uncovering … speculative arguments about the cultural context of ancient Corinth … the argument that states woman’s hair itself”.
I agree wholeheartedly with what you say. This is precisely why I am laboring that the whole passage is structured around Paul’s main and basic argument which is easy to understand. The man ought not … the woman ought. Hopefully, I will show how one does not really need to be a cultural historian to understand some of his other comments.
For example, Your comment about woman’s hair
" The fact that her hair is given to her as a covering in verse 15 seems to speak to a different kind of covering - an ornament of her station as the glory of man"
is sort of where I will go. Crucial is the fact that the word “covering” in v15 indeed is a different greek word to “covering” and “to cover” in the rest of the passage. I sort of propose that Paul’s comments about the woman’s hair (being her glory) and the man’s hair being “dishonouring” are what nature tells us as we observe people and the world. You just have to look at people to see what Paul says is true about women’s and men’s hair, even today the vast majority of women find “glory” in their hair, and on the vast majority of men long hair is “unflattering” (ie. it does not usually look very good, ie. it is dishonouring in that it is usually unattractive. Men usually look better with short hair than with long hair. This is what nature tells us. ie. what we observe). Once again (just like with the greek words for coveing being different) the greek word for the man’s hair being “dishonoring” is a different greek word to the other instances of “honor” in the passage. In talking about man’s long hair being dishonouring Paul is talking about something different, a different type of dishonouring to when he talks about woman dishonouring man. My proposal is that he is simply saying man’s hair is generally unflattering when worn long. (Paul would actually know this from his own experience with his Nazarite vow). This is NOT a theological statement or a christian law about long hair on men. It is not part of Paul’s main argument. It is so important to stick with his main argument and try to understand the rest of what he says in terms of how it supports his main argument and not to go off and make theology of other supporting things he says. That is, unless he himself clearly uses them as theology e.g. as when he refers to Gen 1 &2 “image” and “woman out of man” or says “the head of Christ is God …” etc … So, if Paul’s comments about long hair on women and men are not theology, then maybe we need to beware of arguing that Paul is saying men SHOULD NOT and women SHOULD have long hair.
My third instalment when I post it will hopefully, outline a possible way of allocating the different types of supporting material that Paul uses, so that we can better understand how they relate to his main argument.

Have you come across Carlton McLeod? His story as a pastor who preached on 1 Corinthiams 11:2-16 is heart-rending and encouraging.

I found and listened to this sermon. Very good. I admire his bravery.

The story of what happened afterward is the heartwrenching part - lost 1/3 of his congregation despite making head covering a matter of personal conviction. Devastated him. (Doing well now.)

Apparently this has happened more than once to men who preach that head covering is a biblical requirement today.

I will chase that up about Carlton McLeod. Do you have a link or location to find his story? 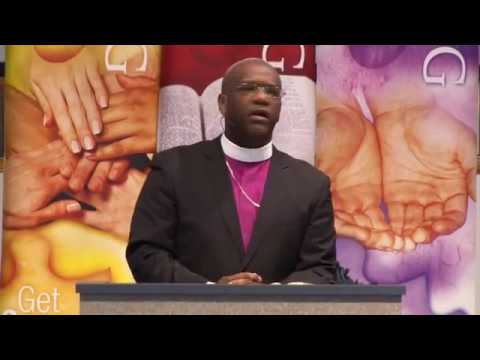 I heard it second hand from a friend. Carlton McLeod has also written a book on covering that may have an account. There’s also an article on headcoveringmovement.com with a few details: 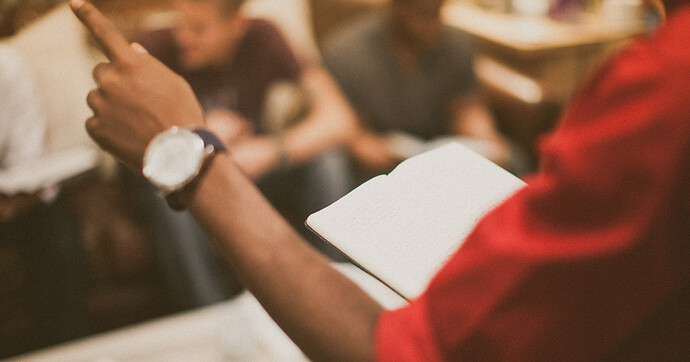 Head Coverings: The Pain and the Privilege

In January 2013, the Lord prompted me to teach through the Epistle of First Corinthians, line by line. Knowing what was in this Pauline letter to the church at Corinth, I was excited, but nervous. Why? Because of the implications of actually being...